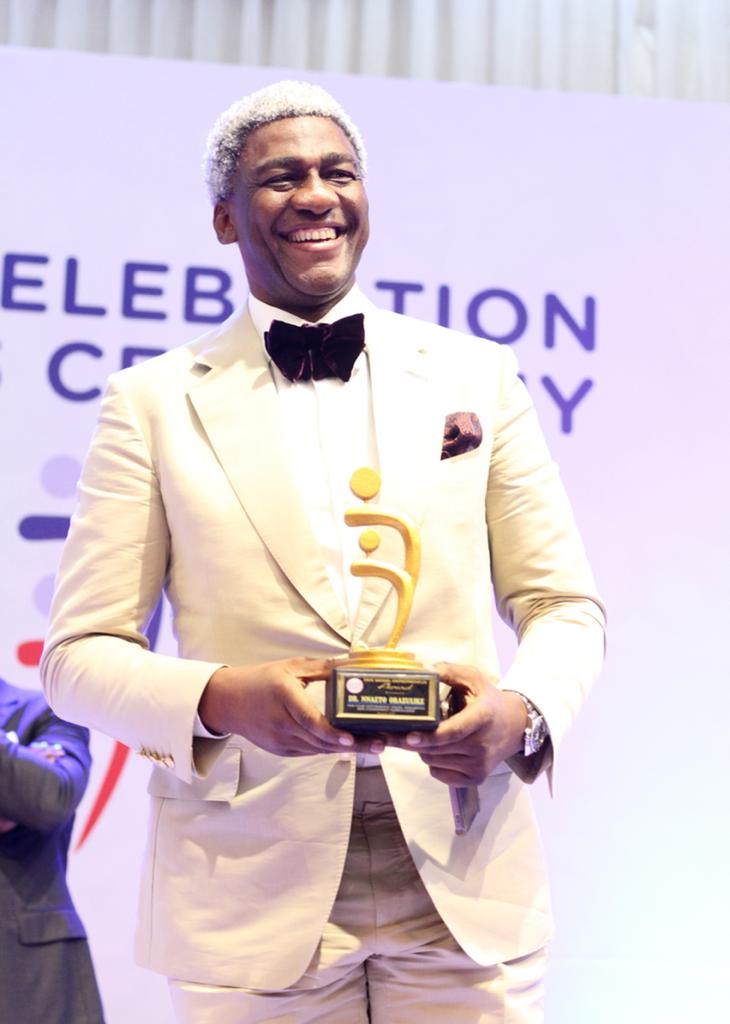 Pan African business magnate and renowned entrepreneur, Ichie (Dr) Nnaeto Orazulike OON has won this year’s FATE Foundation Model Entrepreneur of the Year (FME) Award. According to the organisers, Fate Foundation, the award was initiated 2001 to celebrate entrepreneurs who are significantly contributing to the nation’s socio-economic growth and development. Some of the past awardees include Ibukun Awosika, Aliko Dangote, Cosmas Maduka, Nike Ogunlesi, Frank Nneji, Stella Okoli and host of others. Ichie Orazulike who is a Non-Executive Director of Ecobank Nigeria, is the founder and Group Managing Director of Genesis Group, a proudly Nigerian conglomerate with interests in Restaurants, Cinemas, Hotels, food production and Oil and Gas services and production.

​At the presentation of the award in Lagos on Thursday, the organisers stated that the selection of Ichie Orazulike which received unanimous approval of its Board was based on merit, stating that he met with the nomination criteria which includes “entrepreneurial leadership and sectoral impact; key values and ethical standards of the Entrepreneur/Founder, demonstration of social responsibility and impact including job creation, notable accomplishments and recorded business milestones.”

​Further, Fate Foundation noted that Ichie Orazulike has over the years demonstrated high level of entrepreneurial skills and leadership in superintending over different and diverse businesses, stressing that “Your entrepreneurial journey with Genesis Group is truly admirable and we commend the significant impact you have made with Genesis to become a world-class institution in the hospitality and entertainment space, creating jobs and also significantly impacting the growth of other businesses and sectors.”

​In his response, Ichie Orazulike thanked Fate Foundation for the recognition and​ honour bestowed on him, stressing that he would continue to contribute to Nigeria’s socio-economic growth and development. Ichie Orazulike is a graduate of the University of Nigeria, with a Bachelor of Science in Accounting degree and an alumnus of Havard Business School Executive Training Programme. He was awarded the prestigious Honorary Doctor of Science degree by the University of Port Harcourt in 2015.​ In 2021, he won the Nigerian Association of Chambers of Commerce, Industry, Mines and Agriculture (NACCIMA) 60-anniversary awards for his exemplary role in the entertainment and hospitality sector.​ Ichie Orazulike was also honored this year with the conferment of the national honor of Officer of the Order of the Niger by His Excellency, President Muhammadu Buhari. He is a recipient of​ ​ many awards at national and state levels.