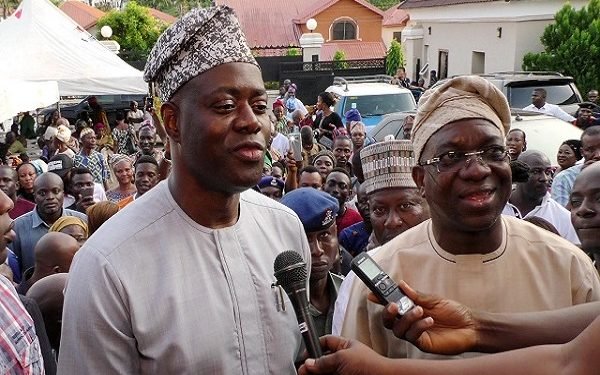 Early in the life of the administration, the lawmakers have had the ears and support of Olaniyan than the governor, including standing by some of them when in need. The legislators are angry that the governor has been allegedly contemptuous of them.

When the lawmakers were hauled into a hotel by a top member of the Governor’s Advisory Council (GAC) to sell the idea of a likely impeachment of the Deputy Governor, most of them were busy with text and WhatsApp messages (on the spot), leaking reports on how the plot will be hatched. Olaniyan’s strategists were enjoying the game. It is obvious that any impeachment investment will go down the drain.

Notwithstanding, two confidants of the governor from Itesiwaju and Saki West are locked in a fierce battle to produce the successor to Olaniyan.