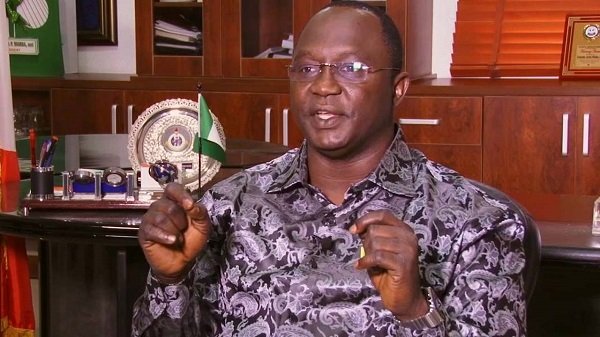 President Muhammadu Buhari had during a virtual meeting with the U. S Secretary of State, Anthony Blinken appealed to the U.S. to reconsider relocating the U.S. AFRICOM from Stuggart, Germany to Africa.

But, Wabba noted that it will be counter-productive to replace Army with foreign soldiers to fight the country’s security challenges.

According to the NLC president, the Armed Forces are capable of tackling the present security challenges facing the country if they are supported with adequate funds and equipment.

He said: “However, we are concerned about recent  plans to relocate the U.S. African Command from Germany to Nigeria. While we welcome intelligence sharing and ammunitions to support our armed forces, we warn that it will be counter-productive to replace our army with foreign soldiers.

“Nigerian Armed Forces are capable of surmounting the insecurity challenge if they are supported with adequate funds and technological equipment.”

Wabba stated that political leaders should be ready to take responsibility for the actions they took when they were in office.

He noted that the present insecurity in Kaduna State has a link with the decision of the state government to sack workers.

“Our political leaders should be ready to take responsibility for the actions they took while in office. There is a nexus between throwing workers out of their jobs and the resultant increase in unemployment and rising wave of insecurity.

“The present high state of insecurity in Kaduna State has a lot to do with the perchance by the state government for throwing workers out of jobs. As we speak, from 2016 to date, over 29,000 workers have been thrown out of their jobs in Kaduna State.“

Also tuition fees in Kaduna State have been increased by 100 per cent. What this means is that many children of the poor workers will not be able to attend good schools while the children of the rich are sent to study outside the country. The implication is that these children who dropped out of school will now be used by bad elements to perpetrate insecurity in the country.

“We call on the governor of Kaduna state to rescind the decision urgently. As we are aware, we have already slated five days of withdrawal of services in Kaduna State. All services, in all sectors, including, banks, railway, air transport and Civil Service will be withdrawn completely, in the first instance and where he does not show remorse and does not to be called to order, Nigerian workers will follow up to withdraw their services nationwide.”

Wabba’s position on the rising insecurity in Kaduna state was shared by a former Chairman of the All Progressives Congress (APC), Comrade Adams Oshiomole, who alleged that the over 35,000 workers recently sacked by the state government had played a major role in contributing to the current insecurity experienced in the state.