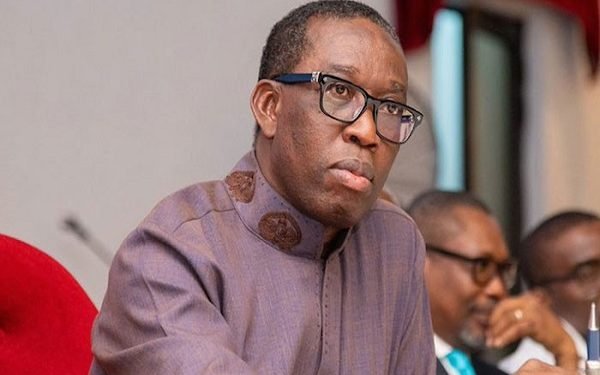 ..Okowa writes Buhari
The dualisation of Ughelli-Asaba and the Warri/Uwvie Storm Drain are some of the infrastructure projects listed for completion by Delta State governor with the £4.2 million loot linked to erstwhile governor James Ibori.

According to Governor Ifeanyi Okowa, he had communicated to President Muhammadu Buhari on the need to return the cash to the state for the completion of projects.

He dropped the hint on Wednesday while featuring on a Channels Television programme Politics Today.

Okowa said: “On our part, I have spoken with the attorney-general of the federation. My attorney-general went to have a meeting with him. We are working, and we are likely to come on the same page. We have written a formal letter of protest to Mr. President.

“Ours is to convince the federal government to know that the money ought to return to Delta.”

The United Kingdom Government agreed to return the cash seized from those it identified as friends to the former governor and members of his family.

It signed a Memorandum of Understanding (MoU) with the Federal Government on how the funds should be applied.

President Buhari directed that the money be deployed in the completion of the Second Niger Bridge, the Abuja-Kano Expressway and the Lagos-Ibadan Expressway.

Okowa is insisting that the money should be spent on projects in the state if it cannot be sent to Delta for disbursement.

Explaining the contents of Okowa’s letter to the President, Information Commissioner Charles Aniagwu said it contained an appeal to the Presidency on the need to complete ongoing infrastructure projects and an assurance that the money will be ploughed into completion of the Ughelli-Asaba dualisation project.

He also listed the ongoing Warri/Uwvie Storm Drain as another project for completion with the looted fund.

He added: “The letter did not say more than Governor Ifeanyi Okowa said on television. The letter simply explained to the Presidency why the money should come to Delta. It said we have got infrastructure projects which are ongoing and we are saying that federal government should please support us.”

“We need more money for our projects. For instance, the Federal government paid us part of the money for the Ughelli-Asaba dualisation project which ex-governor Uduaghan started and we put all the money back into the project. This particular money will help us push it through.

“Also, the letter highlighted the need to deploy part of the money into the Warri/ Uwvie Storm Water Drain project. That money will in no small measure help in its completion.”