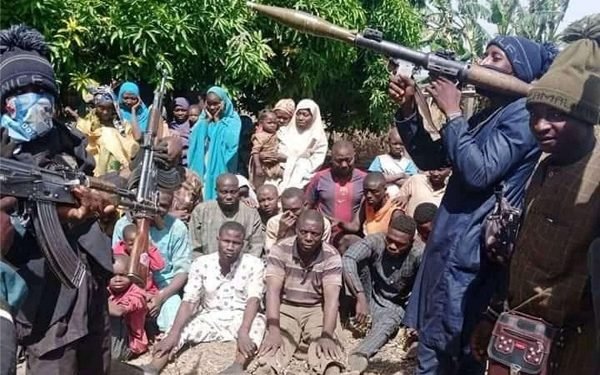 …as parents of abducted students raise N2.7m
Negotiations for the release of the Kagara students and staff have broken down at the last minute of their release.

This development, We gathered has led to the parents of students raising money for the release of the students which was rejected by the bandits.

A source told our correspondent that the negotiation was stalled when the bandits, at the point of releasing the students, noticed helicopters trailing them as they returned to their hiding place.

It was learnt that the bandits rejected the money which was presented to them through their contact person who is mediating on their behalf.

The Governor, Alhaji Abubakar Sani Bello while receiving the delegation from the Nigeria Governors Forum (NGF) led by the Chairman, Dr Kayode Fayemi, said that negotiation is top notch towards securing the release of the students.

He said that they are still engaging in dialogue with the bandits stating that he is certain that the students and staff will be released soon.

It would be recalled that our correspondent reported that the Kagara Abductees had been released on Sunday; however, top government sources stated that at the point of the release, everything became mixed up and the bandits had to return back with the Abductees.