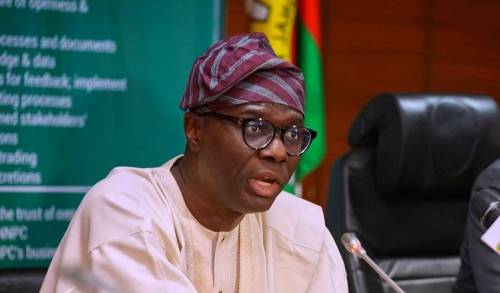 Lagos State Governor, Babajide Sanwo-Olu,has said he made two attempts on Wednesday to contact President Muhammadu Buhari as hoodlums went on the rampage in the state.

Sanwo-Olu said this during an interview with Arise TV today Thursday.

He stated that the first time he called, he was told the president had yet to be in the office. He said that when he called the second time, Buhari was said to be at the meeting of the Federal Executive Council.

Buhari has been called out by not a few Nigerians over his lack of official response to the mayhem caused by the shooting of unarmed #EndSARS protests in Lagos on Tuesday.

Sanwo-Olu also said that the #EndSARS protests and attack on protesters led to a huge setback for the state.

The governor said that he had not been fully briefed on the level of damage carried out by hoodlums on government and private properties.

“Nobody has been able to go round to access the level of damage done by the hoodlums but from the pictures we have seen, the cost of repair will run into billions of naira.

“What we are dealing with now is bigger than COVID-19. The protests and the attacks on protesters have caused a huge setback for the state. There were so many programmes that were supposed to kick off in October but have been placed on hold until the situation is laid to rest,” he said.