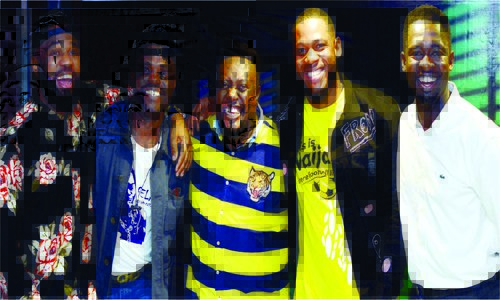 TO boost customer satisfaction, MTN Nigeria’s digital music streaming service, MusicTime! has hosted an exclusive event for celebrities. The event which took place at the MTN Rooftop Lounge in Lagos penultimate Friday was for the celebrities to experience the MusicTime! App.
In attendance were celebrities including Olisa Adibua, Oladapo ‘D’banj’ Oyebanjo, Olanrewaju ‘Sound Sultan’ Fasasi, Sodamola ‘DJ Spinall’ Oluseye and a host of others.

To optimize the listening experience for the stakeholders, the DJs streamed songs from MusicTime! as a live demonstration.

“We are excited to create this innovative solution that tackles two prominent issues with music consumption in Africa: Data and Ease of Payments,” said Mr Oye Akideinde, the CEO for MusicTime!.

“MusicTime! is a service that understands and accepts our cultures while making an impact. In addition to being pocket-friendly and priced properly for the African market, MusicTime! provides access to music for everyone without borders, putting the users in control of their music consumption.  Our intention is to build a digital music service that understands both the taste and economic standing of Africans.”

During the Hangout, industry stakeholders, including Praise ‘Praiz’ Adejo, Oye Akideinde, Donald ‘Djinee’ Osayamwen, and Funso Finnih were engaged in a panel session to discuss the future of music in the advent of digitalization, while taking cognisance of current milestones Nigerian artistes have attained.

Speaking during the session, Djinee said: “In taking a closer look at what the future holds, we have to accept the Nigerian reality.

However, MusicTime!’s proposition of streaming good music without data simply means a great attempt to change this existing reality. It is the new culture and I suggest we all embrace it.”