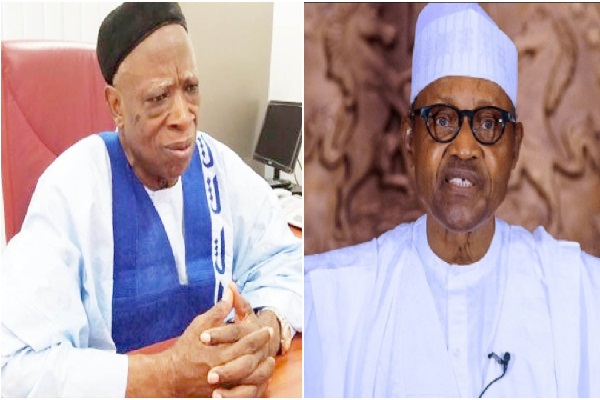 …Buni returns Wed. with nod to take charge
President Muhammadu Buhari may be weighing options on his choice of Senator Abdullahi Adamu as his preferred candidate for All Progressives Congress (APC) national chairman, it was learnt at the weekend.

The President, who is in London, the United Kingdom, on a two-week medical check-up, has come under intense pressure from his strategists and associates over Adamu’s choice.

The APC convention is slated for March 26 in Abuja.

by TaboolaSponsored LinksYou May Like
for the First Time, We Are Coming to Port Harcourt
CMTrading
Do you speak English? Work for a USA company, Live in Nigeria
Online Jobs in the US I Search Ads
Those mounting pressure on the President are some of his inner caucus strategists and leaders of the defunct Congress for Progressive Change (CPC).

They are canvassing against the choice of the ex-Nasarawa State governor.

A source said these confidants of the President are working with other APC leaders, who have called for an open contest for the national chairman’s position.

After his consultations, President Buhari has mandated the Chairman of the Caretaker Extraordinary Convention Planning Committee (CECPC), Yobe State Governor Mai Mala Buni to return to his position to conduct a hitch-free convention.

The London meetings with Buhari may have resolved that Buni should return to avoid a major electoral loss for APC in next year’s polls, reminiscent of Zamfara State in 2019.

According to a source, Buhari’s meeting with his strategists in London bordered on the need to make the convention date sacrosanct.

The strategists also asked the President to “reject” leadership change in APC by allowing Buni to return home to oversee the conduct of the convention.

It was learnt that Governor Nasir El-Rufai left for London on Sunday for engagement on how to stabilise the party.

Mar 14, 2022
Telegram
El-Rufai is the arrowhead of the anti-Buni campaign.

A top source, who spoke with our correspondent yesterday, said: “El-Rufai just left for London today (Sunday) as part of an engagement team with the President to allow the convention to hold on March 26th.”

Those strategists in London were the Attorney-General of the Federation and Minister of Justice Abubakar Malami (SAN); the Minister of Education, Adamu Adamu; a long-time associate Farouk Adamu Aliyu; the Minister of Aviation, Senator Hadi Sirika and the President’s uncle Mamman Daura.

According to the source, the President was advised to “leave the contest for the office of National Chairman open” instead of adopting a candidate.

In particular, CPC leaders were worried that the President had made up his mind to pick Adamu, leaving two ex-CPC members also eyeing the slot in the cold.

A source in CPC, who spoke with reporters yesterday in Abuja said: “Mustapha, for example, had been with us since the days of the TBO (The Buhari Organisation).

“He rose through the ranks to become the National Deputy Chairman of the defunct CPC.

“We know him. We know his capability and we can trust him enough to navigate the party through the stormy waters.

“Al-Makura, on the other hand, was said to be the lone CPC governor while the party existed.

“Neither of them failed nor floundered since then. So, how do you morally explain a purported endorsement of someone that we hardly know within our ranks, someone that does not enjoy popular support?

“Buhari must be wary of dire consequences of the purported endorsement of Adamu on the party’s chapter in Nassarawa State.

“It may lead to an implosion that may affect both Governor A.A. Sule and Senator Al-Makura.”