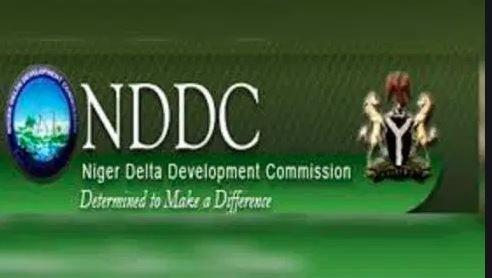 A PROBE of alleged “reckless” spending of N40billion by the Niger Delta Development Commission (NDDC) Interim Management Committee (IMC) was launched by the National Assembly on Tuesday.

The Senate and the House of Representatives set up separate ad-hoc committees to investigate the allegation.

The IMC is supervising a forensic audit of the NDDC as ordered by President Muhammadu Buhari.

The Senate ad-hoc committee, chaired by Senator Olubunmi Adetunmbi (Ekiti North), is to probe the sum allegedly spent within three months without due process.

Sekibo, in his lead debate, said it was worrying that what is on the ground in the Niger Delta does not justify the huge funds allocated to the NDDC over the years.

“While the President’s action of setting up an IMC and the forensic audit may have been conceived to forestall the financial recklessness of the commission and reposition it for fast-tracking of the development of the region, the IMC has been more bedevilled with the same financial misuse, misapplication, misappropriation or outright fraud in the management of the funds of the commission,” the Senator said.

He accused the IMC of “undue gross misconducts in fraudulent contracts award without due recourse to due process and flagrant disobedience to the provisions of the Sections 19, 25, 41 and 42 of the Public Procurement Act, 2007”.

“Within the last three months, the Commission has spent over N40 billion of the commission’s funds without recourse to established processes of funds disbursement which has opened up further suspicion among stakeholders of the Niger Delta Region,” Sekibo said.

Sekibo urged the Senate to mandate the Senate Committee on Niger Delta Affairs to carry out a holistic investigation of all issues relating to but not limited to misapplication and misappropriation of the N40 billion.

He also wants probed all NDDC procurements and financial transactions in this fiscal year and any other matter not in accordance with the provisions of the NDDC Establishment Act 2000.

Senators Bala Ibn Na’Allah (Kebbi South) and Ajibola Basiru (Osun Central) through different constitutional points of order, tried to stop the motion from sailing through, but it was approved when it was put to a voice vote by Senate President Ahmad Lawan.

Senators Na’Allah and Basiru opposed the I’mmotion on the grounds of being driven by allegations.

But Lawan said the investigation will establish the veracity or otherwise of the allegations.

Senate Committee on Niger Delta Affairs Chairman Senator Peter Nwaoboshi, however, objected to assertions that the Committee may have been negligent in its oversight duties.

On why the Senate Committee on NDDC is not handling the probe, Lawan said: “It is not strange to have an Adhoc committee when we have a standing committee.”

The House of Representatives mandated its Committee on NDDC to investigate all issues relating to misapplication and misappropriation of funds by the commission and report back to the House for further legislative action.

To this end, the Green Chamber summoned the Supervising Minister of the Ministry of Niger Delta Affairs, Godswill Akpabio and the IMC.

The resolutions followed a motion by Peter Akpatason, which was adopted by a majority.

Moving the motion, Akpatason expressed concern about “petitions” on “imprudent spending of scarce financial resources” by the NDDC.

He said he was alarmed by claims that the Commission had spent over N40billion in a space of two months without a corresponding effect on the region; 70 per cent of which was allegedly made on emergency projects and the completion of NDDC headquarters.

The lawmaker alleged the spending was “without due regard to fiscal governance as encapsulated in the Fiscal Responsibility Act, 2007 and other extant Financial Regulations.