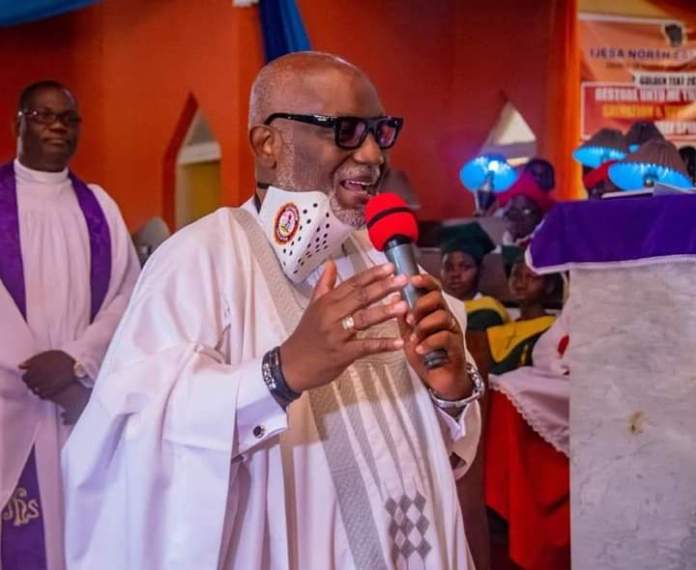 Governor Akeredolu described Amotekun as a child of necessity.

According to the Governor, the security network, domesticated and currently in five states of the Southwest, was created to address the various security concerns in the states.

The Governor said finding lasting solutions to the security challenges was a way of justifying the constitutional mandate of protecting lives and property of the citizens reposed in the democratically elected Governors.

Governor Akeredolu spoke at Ikeji-Ile Ijesa in Osun State during the final Burial Outing Service in honour of an astute industrialist, Chief Isaac Ojo Akinmokun, OON, who died at the age of 88years.

Arakunrin Akeredolu, who noted that the problems of the country were multifaceted, however, stated that hope was not yet lost on Nigeria as several concerned leaders in the country were working conscientiously towards salvaging the nation from the current seemingly precariously situation.

Arakunrin Akeredolu used the opportunity to call on all lovers of peaceful Nigeria to intensify their prayers for the restoration of normalcy in the country.

In his sermon, the Bishop of Ijesa North East Diocese, Church of Nigeria, Anglican