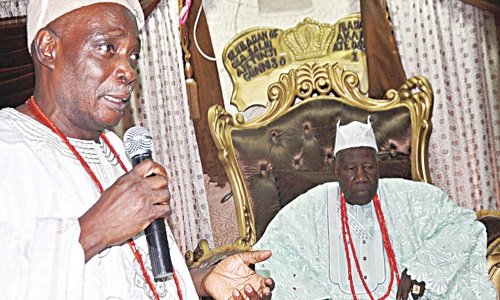 The Court of Appeal sitting in Ibadan on Thursday refused to accede to an out-of-court settlement filed by Oyo State Governor Seyi Makinde in the Olubadan chieftaincy case involving the controversial coronation of 21 kings by former Governor Abiola Ajimobi.

Instead, the appellate court in its judgment yesterday ordered that the case to be remitted  back to the High Court for trial before another judge.

Both the Olubadan, Oba  Saliu Adetunji and the Osi Olubadan separately sued the former governor, the state government and the 21 new kings at the state High Court.

While the lower court had delivered judgment in the case filed by Ladoja, it has not done so in the litigation instituted by the Olubadan.

Makinde, who inherited the matter had last Tuesday opted for an out-of-court settlement to restore peace, unity and good relationships between the Olubadan and his estranged chiefs.

Ladoja had earlier secured the judgment of the High Court, which ruled that the processes leading to the crowing and installation of more kings in Ibadan as illegal, null, void and of no effect.

Following moves by Makinde to reconcile the Olubadan-in-Council via terms of settlement, the Attorney-General, Prof. Oyelowo Oyewo, informed the appellate court of the progress made on the matter.

He subsequently filed an application to settle the case out-of-court.

However, the appellate court, in its judgment delivered by Justice Abubakar Ma’ud Talba, said the matter had been fixed for judgment, saying that the court allowed the interlocutory appeal of the appellants.

Ma’ud Talba said the case of the first respondent ought to have been commenced by a way of writ of summons as opposed to an originating summon.

He, therefore, ordered that the case be remitted back to the lower court for trial before another judge of the state high court.

On January 19, 2018, an Ibadan High Court presided over by Justice O. I. Aiki granted an order of perpetual injunction restraining the governor, his agent or servant from accepting, implementing or gazetting any recommendation made by the judicial commission of inquiry over the 1957 Chieftaincy Declaration of the Olubadan and other related matters.