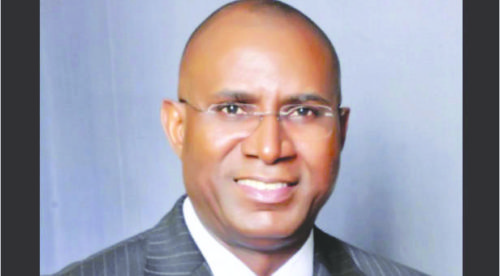 The Senator representing Delta Central Senatorial district, Ovie Omo-Agege, has commended the conduct of the local government congress of the All Progressives Congress (APC) in the state.

The congress was held across the 25 LGAs of the state on Saturday.

The senator, who addressed journalists shortly after the congress, said he was happy that unlike what happened in Rivers State, APC members in Delta conducted themselves very well throughout the period of the exercise.

Omo-Agege spoke in a statement issued by his media office in Abuja.

He said: “The congress has come and gone. We are happy with the outcome. Our supporters and those affiliated with us have come victorious.

“We are also aware that there was an attempt to run a parallel congress by political miscreants and minority in the state but that was by a body which was not authorised by the national body but our congress was conducted by the panel that was sent from Abuja.

“But I believe that they will all see the need to come together as one in common goal. The real enemy here is the PDP. I’m very hopeful that in no time we will come together to project the state for the next general election.”

The senator commended the Sani Dododo-led congress committee for keeping to the constitution in carrying out their duties.

He expressed gratitude to all the chairmen and members of the local government executive that emerged from the congress.

“Also those who emerged as state delegates from the national delegate. My congratulations to them. I also wish to congratulate the state led executive under Prophet Jones Erue for the leadership it provided. There was little or no violence,” he added