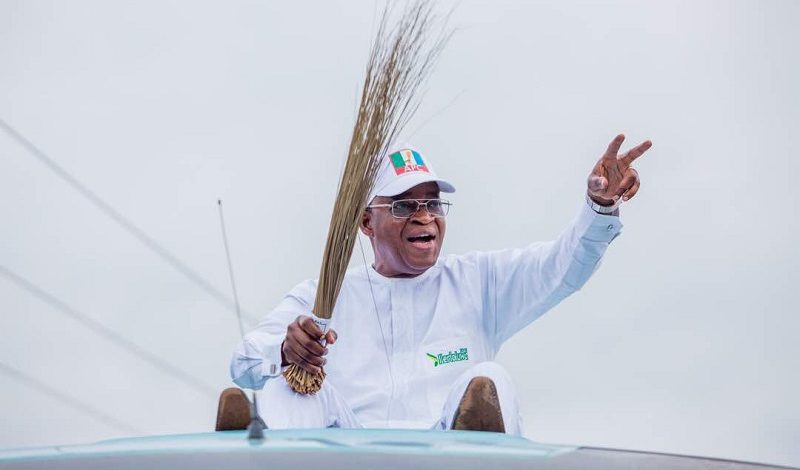 The Osun State Governor, Adegboyega Oyetola, his party, the All Progressives Congress (APC) and the Independent National Electoral Commission (INEC) have asked the Court of Appeal in Abuja to uphold the victory of Oyetola and APC in the governorship election held in the state on September 22 and 27, 2018.

Their request is contained in three separate appeals they filed against the majority judgment given by the Osun State Governorship Election Tribunal on March 22, 2019.

The tribunal had, in the majority judgment, given by two of its three members upheld the petition by the People’s Democratic Party (PDP) and its candidate in the election, Senator Ademola Adeleke and voided Oyetola and APC’s victory.

In their appeals, argued on Wednesday, Oyetola, the APC and INEC prayed the five-man panel of the Court of Appeal, led by Justice Jummai Sankey, to set aside the majority decision of the tribunal, uphold their appeals and dismiss the October 16, 2018 petition by Adeleke and the PDP.

They equally urged the court to dismiss the cross-appeal filed by Adeleke, on the grounds that it is unmeritorious.

In the appeal by Oyetola, his lawyer, Wole Olanipekun (SAN) faulted the reasons given by the tribunal in reaching the judgment appealed against, arguing that the decision was not supported by the evidence led by the petitioners.

He urged the court to void the judgment because the judge, Justice Peter Obiorah who wrote and delivered it, did not participate in all the proceedings of the tribunal.

Olanipekun noted that “the judge, who did not sit, came to write the leading judgment and reviewed the evidence of the February 6, 2019 proceedings where he was absent.

“Adjudication is like video watching. It cannot be done by proxy. The judge cannot analyse the evidence of a witness, whose demeanor he did not observe. The judgement should be declared a nullity on this ground alone” 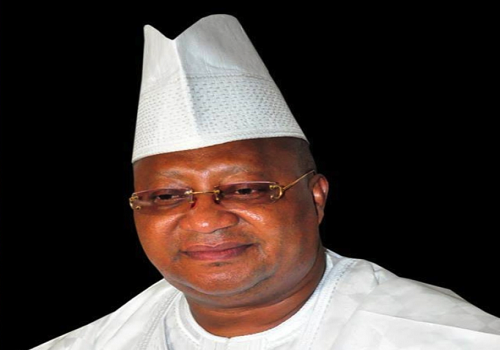 Olanipekun, who said he and some named senior lawyers were at the tribunal on February 6, 2019, faulted the argument by lawyer to Adeleke and the PDP that it was not clear from the record of proceedings, whether or not Justice Obiorah was absent on the particular day.

He argued that the judge’s failure to sigh at the end of the proceedings on February 6, 2019 was enough evidence to justify the appellant’s claim that Justice Obiorah was absent on the day in question.

Olanipekun also faulted the tribunal’s cancellation of results in 17 polling units in the state, and noted that the petitioners did not tender any result of the election before the tribunal.

He argued that the tribunal went beyond its powers by annulling results in the 17 polling units in order to justify its the judgement it gave in favour of the petitioners.
Read Also: Easter: Oyetola okays free train transport for Osun citizens

Lawyer to the APC, Akin Olujinmi (SAN), while arguing the party’s appeal, contended that the tribunal was wrong to have allowed the petition, which was incurably incompetent.

“The 1st and 2nd respondents sought to be declared winner of the election, held on September 22, 2018, which was declared inconclusive. They also asked the tribunal to void the rerun election held on September 27, 2018, because they believed it was unlawful.

“You cannot say you should be declared a winner on the election that you said was unlawful and void,” he said.

Olujinmi accused the tribunal of exceeding its jurisdiction when it engaged in amending the petitioners’ reliefs to make them grantable.

“No tribunal has the jurisdiction to reframe, amend or formulate reliefs for the petitioners.

“On realising that the reliefs could not be granted, they (members of the tribunal) amended the reliefs and granted it by themselves.

“We are saying the tribunal has no power to amend a petitioner’s reliefs. The much they ought to do, on realising that the reliefs could not be granted, was to have dismissed the petition.”

He further faulted the tribunal for holding that the petitioners proved its case of non-compliance in respect of the polling units where it voided results.

“The tribunal relied on certified true copy of Form EC8A, which they said were dumped on the tribunal. This was what they still relied on to nullify results in the polling units in which they said malpractices were proved. The so called non-complaince did not affect the result of the election,” Olujinmi said.

He argued that the tribunal went outside its powers and contravened Section 140(2) of the Electoral Act when it engaged in the deduction of votes from the outcome of the election to arrive at the decision it gave.

Lawyer to INEC, Yusuf Ali (SAN) who argued in similar manner, contended that the tribunal erred in its majority judgment, particularly as regards the issue of non-compliance.

He noted that the tribunal, having found that accreditation was properly done and that all witnesses agreed that the votes scored were not affected by the omissions noted in some result sheets, ought not to have voided any results.

Ali also argued that since the tribunal held that the petitioners did not prove over-voting and non-compliance, it ought not to have turned around to void votes in some polling units.

On the question of why INEC did not call it witnesses at the tribunal, Ali said it was unnecessary because the petitioners did not discharge the burden of prove placed on them by the law to warrant INEC to call fresh witnesses.

Ali added: “There is no law that said INEC most call witnesses, since the petitioners could not discharge the responsibility of proving their declarative reliefs, there was no need for INEC to have called its own witnesses.”

Lawyer to Adeleke and the PDP, Onyechi Ikpeazu (SAN) faulted the three appeals and the arguments proffered by Olanipekun, Olujinmi and Ali.

Ikpeazu argued that the tribunal was right in its decision to have declared Adeleke and his party as the winner of the election.

He faulted the argument that Justice Obiorah did not participate in all the proceedings of the tribunal, arguing that there was no sufficient evidence to that effect.

Ikpeazu urged the court to dismiss the three appeals and uphold the judgment of the tribunal.

Kehinde Ogunwumiju (SAN), who argued Adeleke’s cross-appeal, urged the court to allow his client’s appeal and reverse the portion of the judgment, where the tribunal rejected the evidence the petitioners lead in relation to six polling units.

Ogunwumiju argued that the tribunal wrongly excluded some of its evidence, because while it called 23 witnesses to prove it’s allegation of non-compliance in 23 polling units, the tribunal only upheld 17 where it voided elections.

Olanipekun, Olujinmi and Ali argued that the cross appeal was incompetent on several grounds and urged the tribunal to reject it.

At the conclusion of proceedings that lasted over eight hours, the presiding judge, Justice Sankey said judgments would be reserved till a later date.

She told parties that the date of the judgment would be communicated to them by the court’s Registry.