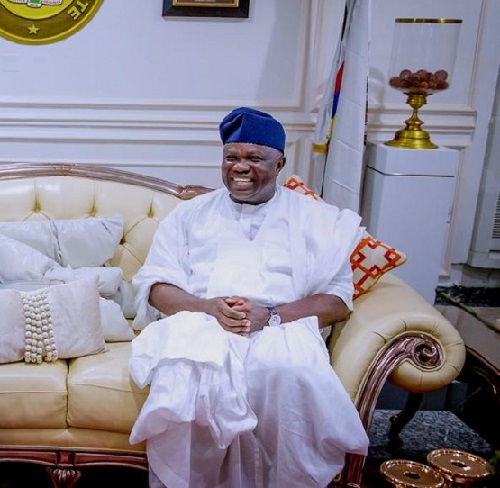 The outgoing Governor of Lagos State, Akinwunmi Ambode, seems to have learnt a lot from his failed attempt to pick the All Progressive Congress (APC) ticket in the just concluded governorship election.

Ambode’s re-election bid was punctured by Babajide Sanwo-Olu who won the party primaries and eventually won the governorship election in the March polls.

Speaking to State House correspondents on Monday after meeting with President Muhammadu Buhari, the Governor said he had normally seen himself as a technocrat but the time he spent in office has changed his perception.

On the lesson learnt, Ambode said “You see, every politician learns every day. The fact remains that I came in as a technocrat. So, I use to call myself a techno-politician but I think I am wiser now. I am more of a politician than a technocrat.”

On his visit to Villa, Ambode said it was just to say thank you to the president for recent visit Lagos where he (Buhari) inaugurated some projects.

The governor said he would want to be remembered for after leaving office, he said: “Well, in another 16 days or so we will be leaving office but what is important is that I was able to have that opportunity to be elected as governor of Lagos State and to touch humanity in a way that I deem it fit.

“We did our best and most importantly the projects we did were people friendly and people-centred. I just think a lot more people have enjoyed the benefits and dividends of democracy than we actually met it. And that gives me joy that we were able to touch lives.

“Wherever you find yourself, just make positive difference to people and Nigerians. That is the whole essence of service. I’m grateful that I had that opportunity.”