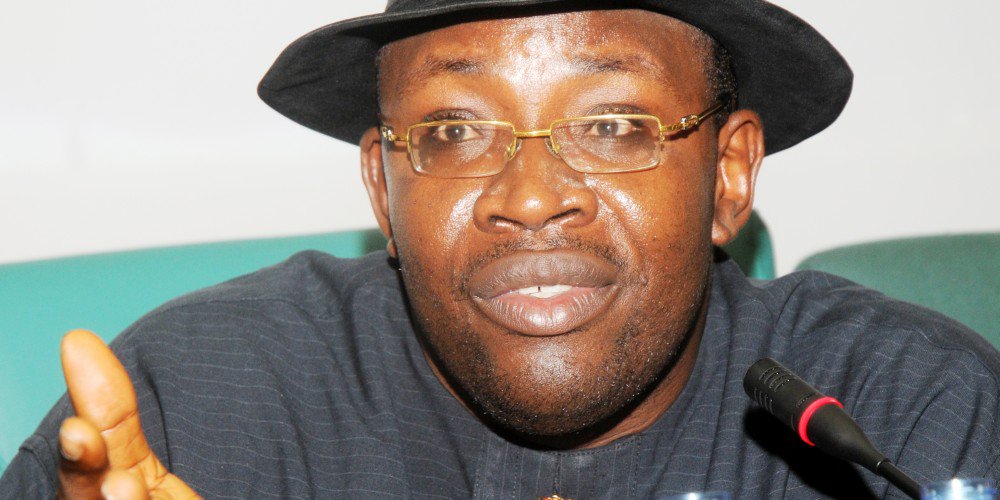 A kinsman of a former Bayelsa Governor Seriake Dickson has filed a suit at the Federal High Court sitting in Abuja seeking his disqualification from contesting the forthcoming bye-election in Bayelsa West Senatorial District.

The suit, which named INEC, PDP, and Dickson as defendants, was filed by the plaintiff’s lawyers, P.D. Pius, E.A. Aluzu, C.I. Okorie, and M.M. Aliyu.

The kinsman is asking the court to make a declaration that the combined interpretation of the provisions of Section 31(1)(5)(6) of Electoral Act, 2010 as amended and Section 66 (1)(i) of the Constitution of the Federal Republic of Nigeria 1999 as amended, Dickson’s INEC Form EC9 contained false information and forged certificate and that the former governor should be disqualified from the senatorial election scheduled for October 31.

The plaintiff is also seeking a declaration that the former governor lied on oath and should be disqualified from the election in line with the provisions of Section 31 of the Electoral Act, 2010, and Section 66 (1) of the Constitution of the Federal Republic of Nigeria 1999.

He further asked the court to declare that Dickson’s presentation of various certificates and documents bearing different names such as ‘Dickson Seriake’, ‘Henry Seriake Dickson’, ‘Seriake Dickson’ and ‘Dickson Seriaki’, without any valid change of name amounted to giving false information under section 31(5) of the Electoral Act as amended.

He prayed the court to make a declaration that Dickson’s statement that he did not attend primary school and had no first school leaving certificate is false and he ought to be disqualified for giving false information under section 31(5) of the Electoral Act, 2010 as amended.

The plaintiff also urged the court to declare that since Dickson averred that he obtained the Western Association of Schools and Colleges (WASC) certificate in 1993, the presentation of the West African Examination Council (WAEC) statement of result issued to ‘Dickson Seriaki’ on 10/1/2006 for a 1983 examination amounted to giving false information to INEC.

He further prayed for a declaration that Dickson’s statement that he obtained WASC in 1993 and GCE O/L (General Certificate of Education Ordinary Level) “in 1994 is false in that he also swore to have obtained his Law Degree (LL.B) in 1992, amounting to giving false information to the 1st Defendant”.

The plaintiff, therefore, prayed for ” an order disqualifying the 3rd Defendant as the candidate of the 2nd Defendant from the Bayelsa West Senatorial District election slated for 31st day of October 2020 or any such other date that may be rescheduled by the 1st Defendant”.