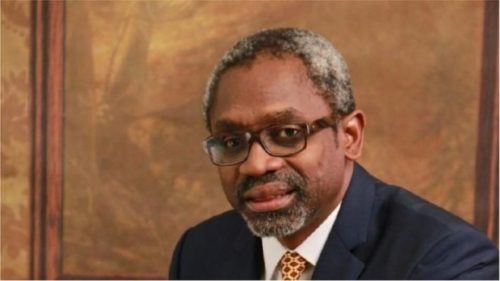 Femi Gbajabiamila, the speaker of Nigeria’s House of Representatives, has reportedly prepared air tickets for 300 guests to grace the birthday party of his mother, Alhaja Lateefat Olufunke Gbajabiamila, in Dubai, United Arab Emirates .

SaharaReporters said Gbajabiamila is already warming up to stage an elaborate party for his mother’s 90th birthday starting from today, March 2.. The report added that fanfare and lavish celebration to mark the woman’s 90th birthday is expected to run until March 10 in the glittering Arab city.

The report by SaharaReporters noted in its report that some of Nigeria’s high and mighty including politicians “living fat on public funds” are expected to grace the occasion and that reservations for guests have been made at the Conrad Hilton Hotel on Sheikh Zayed Road, Dubai, where the least room goes for $122 (N43,920) per night.

The average price for round-trip flights from Nigeria to Dubai is currently $637 (N229,320), findings by SaharaReporters revealed.  When this is calculated for 300 guests, the total expenditure for airfare falls to N68,796,000.

According to the source, Speaker Gbajabiamila could be spending well over N500m to ensure his mother gets a befitting 90th birthday celebration going by the calibre of guests that would be gracing the occasion.

The source further told SaharaReporters that Alhaja Gbajabiamila played a pivotal role in her son’s foray into politics, hence the Speaker is prepared to celebrate her in a big way especially as she reaches the milestone age of 90.