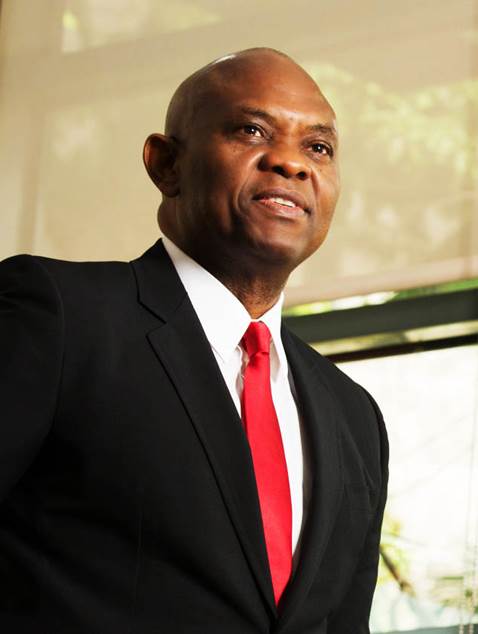 Tony O. Elumelu, Founder of the Tony Elumelu Foundation and the Chairman of the United Bank for Africa (UBA), will speak at the Seventh Tokyo International Conference on African Development (TICAD), taking place in Yokohama, Japan from August 28 – 30, 2019. As the leading champion of entrepreneurship in Africa, Mr. Elumelu will ensure that the voice of a new generation of African entrepreneurs, capable of transforming the continent, is heard at the highest level.

Mr Elumelu will deliver a keynote speech at the Plenary Public-Private Business Dialogue, the core session, that brings together Japanese and African public and private sector leaders at TICAD. At this event, Elumelu will promote his philosophy, Africapitalism, which posits entrepreneurship being the key to unlocking economic transformation in Africa as he highlights the urgent need to empower young entrepreneurs and how critical it is for governments and other policy makers to create the enabling environment that ensures entrepreneurial led growth.

Following a welcome address by the Japanese Prime Minister, Mr Shinzo Abe, Mr. Elumelu will deliver the keynote address at the official Business Forum, hosted by the Japan External Trade Organisation (JETRO). The Conference provides a unique platform for key decision makers from Japan and Africa, both in business and politics, to identify opportunities for investment and knowledge exchange.

At a time when international governments and agencies are increasingly recognising that the route to Africa’s transformation is through African-led solutions and private sector growth, Mr. Elumelu’s track record of success, founding UBA, now one of Africa’s leading financial services groups, with presence in twenty African countries, New York, Paris and London as well as his multi-sector proprietary investment holding company, Heirs Holdings, employing over 30,000 Africans, typifies a new generation of African business dynamism.

Mr. Elumelu during his visit to Japan, will join H.E. Paul Kagame, President of Rwanda and Co-Chair of the Leaders’ Group of Generation Unlimited (Gen-U), and UNICEF Executive Director, Henrietta Fore, to co-chair a UNICEF [and Africa Union] breakfast meeting focused on catalysing investment in African youths and developing a specific vision for job creation in Africa. The event will seek specific commitments from African leaders for the implementation of a business plan for digital connectivity in Africa such as the Tony Elumelu Foundation’s TEF Connect, the largest digital network for African entrepreneurs.

Through the Tony Elumelu Foundation, Mr. Elumelu is forging the new narrative for Africa. In the first five years of the Foundation’s flagship Entrepreneurship Programme, 7,521 African entrepreneurs from all 54 African countries have benefitted from Elumelu’s personal commitment of $100m seed capital funding, mentorship, and training. Six of the beneficiaries of the Programme have been sponsored to attend TICAD conference, sponsored by the UNDP.

Organised by the Japanese Government, TICAD is a three yearly forum for advancing Africa’s development through people, technology and innovation, bringing together government, business leaders, companies and other stakeholders.