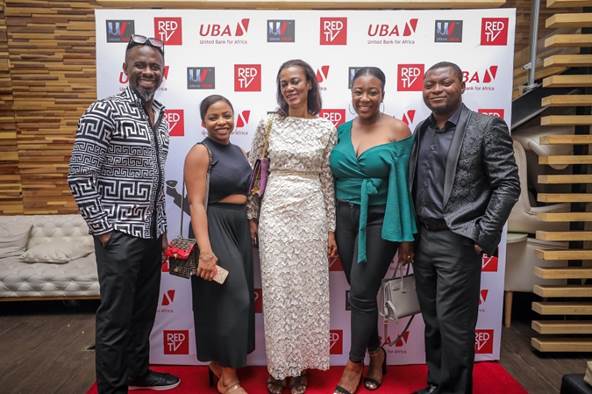 The definition of entertainment success. From the lights to setup, the atmosphere was filled with the euphoria of excitement. The wait was finally over, almost 6 months after the first season hit YouTube, The Men’s club, season 2 is set to launch.

In anticipation, a private screening was held at the IMAX Filmhouse cinema, Lekki. In attendance were the cast, crew and industry supporters. A little waiting room held a re-enacted set from the show’s opening montage, signature cocktails, mock tails and delicious canapés were served. The Crème-de-la Crème of Lagos entertainment elites including Kemi Adetiba, Noble Igwe, Eku Edewor, Ashionye Raccah, Bola Atta and guests mingled and re-lived their favourite scenes from Season 1 through pictures and interviews.

At 7:30 pm, all guests were ushered into the main screening hall by the Creative Director of REDTV, Obinna Okerekeocha, intimating fans and guests present that the new Season was about to bring on a different dimension. ‘REDTV has taken drama to a different level and we aren’t scared to push the boundaries. Our vision at REDTV is to continually produce premium content for entertainment. The new season of The Men’s Club is real. Its aspirational and relatable. The cinematography and scores are top class and its wonderful to see how the lead actors have grown. This is going to be a bigger hit than Season one’ said Okerekeocha. He reminded everyone to spread the message and invite friends to subscribe on the REDTV. 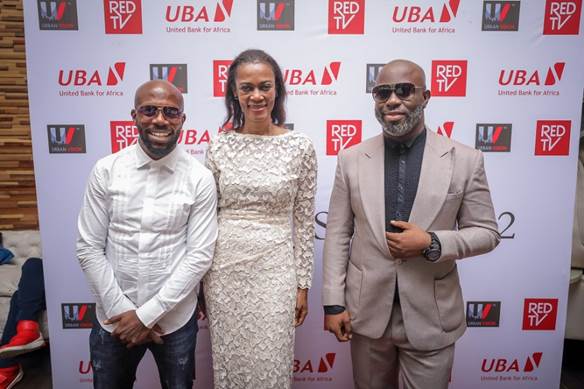 As end credits from the show reeled on the screen, the room was filled with a resounding applause. In a thank you address, Bola Atta the Executive Producer expressed her uttermost joy as the show more than surpassed expectations. She thanked the United Bank for Africa(UBA) for the endless support to ensure the success of REDTV and congratulated Tola Odunsi and Akins Akinkugbe, co-producers of the The Men’s Club.

The curtains drew with a final address from Tola Odunsi and Akins ‘AK’ Akinkugbe returning immense gratitude to every single actor and crew behind the scene reminding guests that ‘it’s easy to see the finished show but every single person who contributes to the show makes the job worthwhile’.

The new season drops on YouTube this Thursday 23rd, May on the REDTV channel.

REDTV is a fast paced lifestyle channel that puts Africa on the global stage. Proudly powered by the United Bank, UBA.

The network is here to entertain and inform with rich content that feature the very best of Africa focused on entertainment, fashion, news, design,
music, sport, movies and travel and much more.

REDTV collaborates with the most talented visionaries, creative minds daring to believe in a New Africa, putting together content that reflects it. Feel the Heat on REDTV 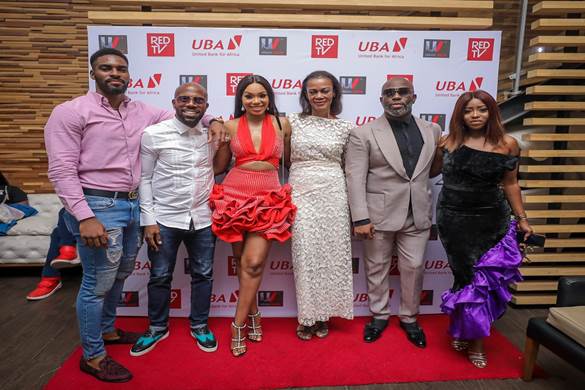