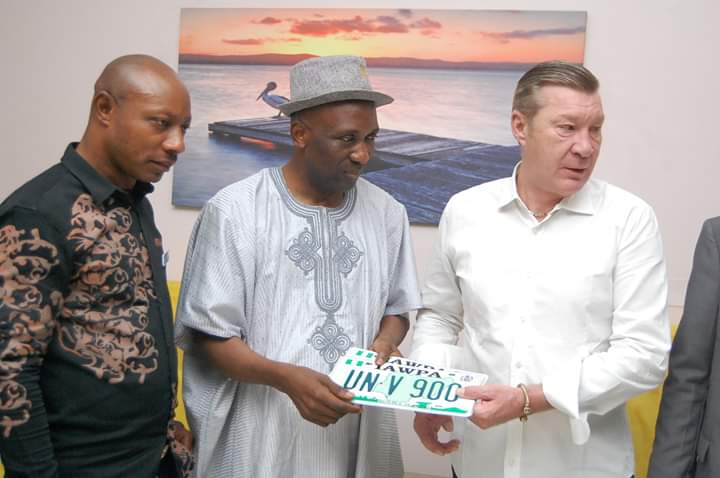 On 14th February 2020, Was another day of glory and honour for servant of God and founder and spiritual head of INRI Evangelical Spiritual Church, Lagos, Primate Elijah Babatunde Ayodele. 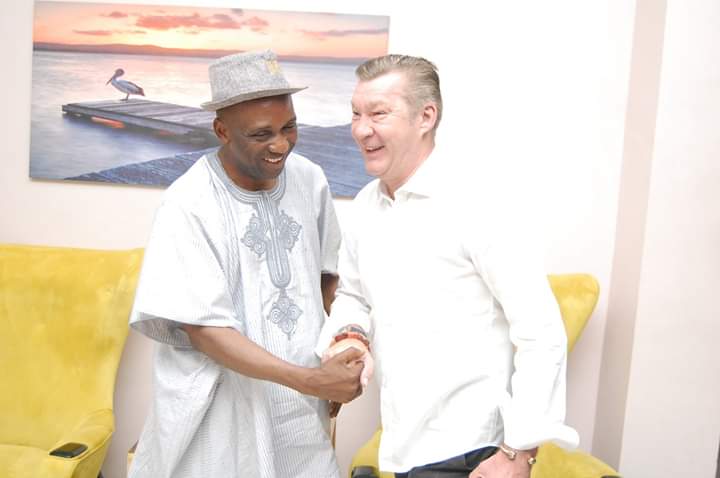 It was time for his 60th birthday thanksgiving and hosting of the United Nations 75th anniversary flag off ceremony. It was, indeed, a day of double celebration given series of honours bestowed on the popular cleric on the occasion. 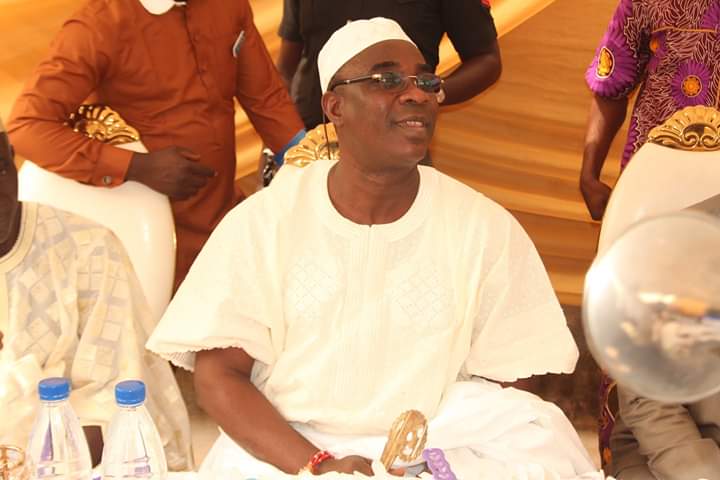 For his humanitarian exploits, hospitality, generosity and, most particularly, his immense contribution to world peace, the United Nations honoured Primate Ayodele with the ‘Eminent Ambassador of Peace’ award presented to him amidst ovation by a top UN representative, Ambassador Chinedu Anthony, who presented a similar award to T. D. Jakes in Nairobi, Kenya earlier this year. 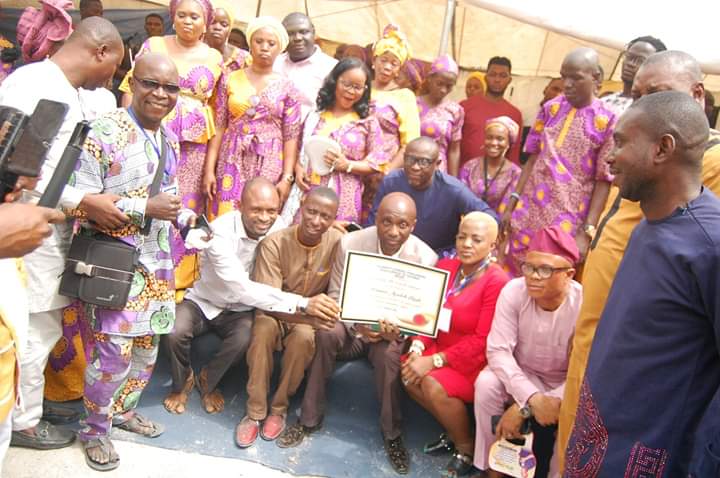 The celebration that kicked off as early as 8 o’clock in the morning of February 14, 2020, did not come to a close until 7 o’clock in the evening after the last church member had left the church premises, venue of the event. 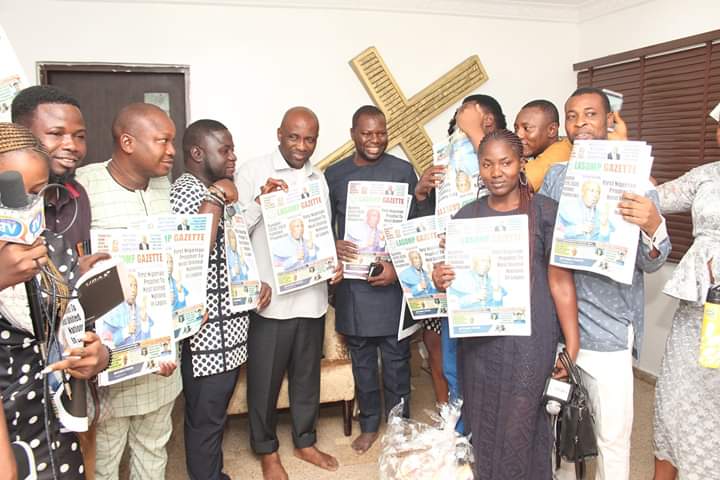 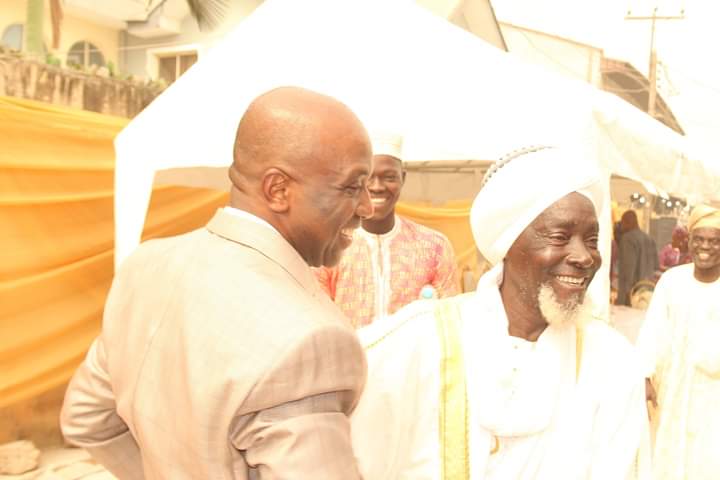 At 10.30 in the morning, the space provided to accommodate guests for the event was already filled to capacity and had extended to also fill the one-storey church building and the adjoining spaces in the area.

However, there was a sudden, rowdy movement of crowd at 11.56 in the morning. The crowd streaming toward the stage had first created panic with some thinking that probably there was a disagreement. Not until the movement halted by the VIP tent that it became clear the crowd had attended the arrival of Fuji music icon and the newly-installed Maiyegun of Yorubaland, King Wasiu Ayinde Marshall a.k.a. K1 de Ultimate.

K1, with the help of his armed police guards, was ushered to the high table by Primate Ayodele’s personal security detail when the crowd hailing him was becoming uncontrollable. The Fuji music king was the prized guest of the day. 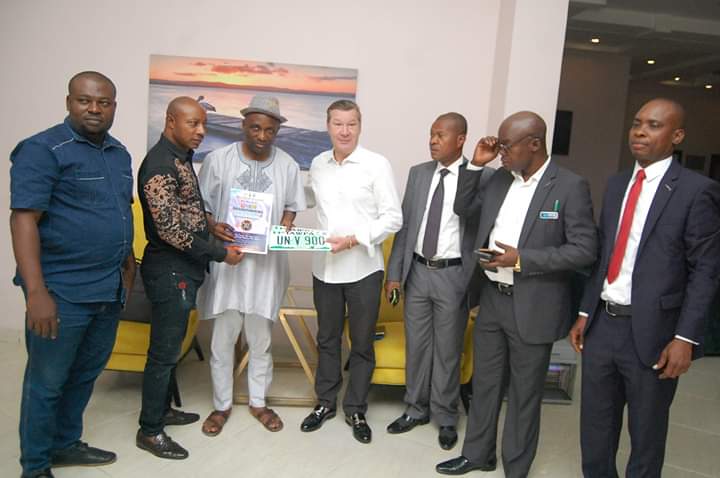 Representatives of the Lagos State governor, Mr. Anofiu Elegushi who is the commissioner for home affairs; the United Nations World Peace team led by their president, Ambassador Per Stafsen; representatives of other important personalities some Southwest governors’, were already seated before K1’s arrival, while the representatives of the Ooni of Ife, Oba Adeyeye Ogunwusi and Sultan of Sokoto joined the table few minutes later.​ Hon. Samsideen Abiodun Olaleye, the executive chairman of Isolo LCDA, was represented by the executive secretary of the Council.

Ayodele, who has always described himself as ‘friend of the press’, got two surprise paybacks on the occasion for being truthful to his words. Two professional groups from the fourth estate of the realm honoured him in a most surprising way.

The Lagos State Online Media Publishers (LASOMP) headed by Mr. sola Animashaun who is the publisher of City News magazine, published a special edition in honour of the man of God’s birthday with each member dedicating an eulogy to his honour.

In similar fashion, the Celebrity Journalists Publishers Association of Nigeria (CJAN), led by Mr. Joshua Uloko who is the publisher of City Pride magazine, honoured Primate Ayodele with a certificate as the association’s Patron.

Expressing positive feelings at the honours, the renowned prophet commended the media, particularly the groups that found him worthy of being awarded, appreciating them for regularly promoting the ingenuity in him and his ministry, while he promised to continue in the course of charity and promoting peace in Nigeria and beyond.

The 2020 Thanksgiving event was rounded up on Saturday, February 16, with the presentation of the UN special number plate to Primate Ayodele by Amb. Per Stafsen at a brief ceremony in Lagos.

Aside being known for releasing prophetic messages on a regular basis most of which are fulfilled, Primate Ayodele has also been focusing his energy on providing help to the poor with his charity arm, INRI Widows Foundation, as well as supporting the spiritual and pastoral work of even fellow pastors and churches outside his ministry.

Remarkably, Ayodele’s birthday falls on Valentine ’s Day known as ‘day of love’.​ So, amidst other programmes of the day, the prophet extended humanitarian gestures to many, including members of his ministry, police, musicians, actors, running into N20 million while he promised to earmark a special day to empower journalists before the end of 2020.

Maiyegun​ Wasiu Ayinde was later invited to the stage where he acknowledged his friendship with Primate Ayodele who he said had provided spiritual assistance to his career for 35 years.

”I have known Primate Ayodele for 35 years. That was when we were both very young. He would render spiritual assistance to me and would not show IP or contact me until about the next three months when he had other spiritual messages to deliver. He never asked for anything in return from me and so I developed special interest. That was how we became close friends but a lot of people didn’t know I even knew him,” K1 narrated to the amazement of the audience and thereafter donated the sum of N4m in support of the ministry’s humanitarian efforts.

He, thereafter, honoured Ayodele with beautiful tunes from the repertoire of his old and new songs with which he urged​ the man of God to keep on doing his best to serve mankind. 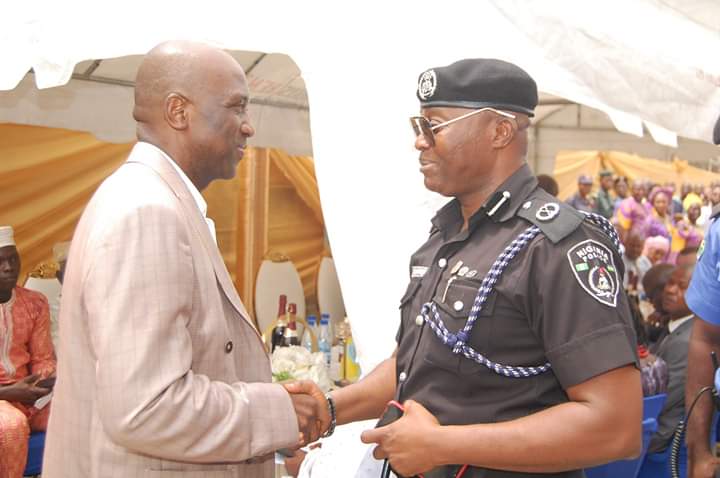