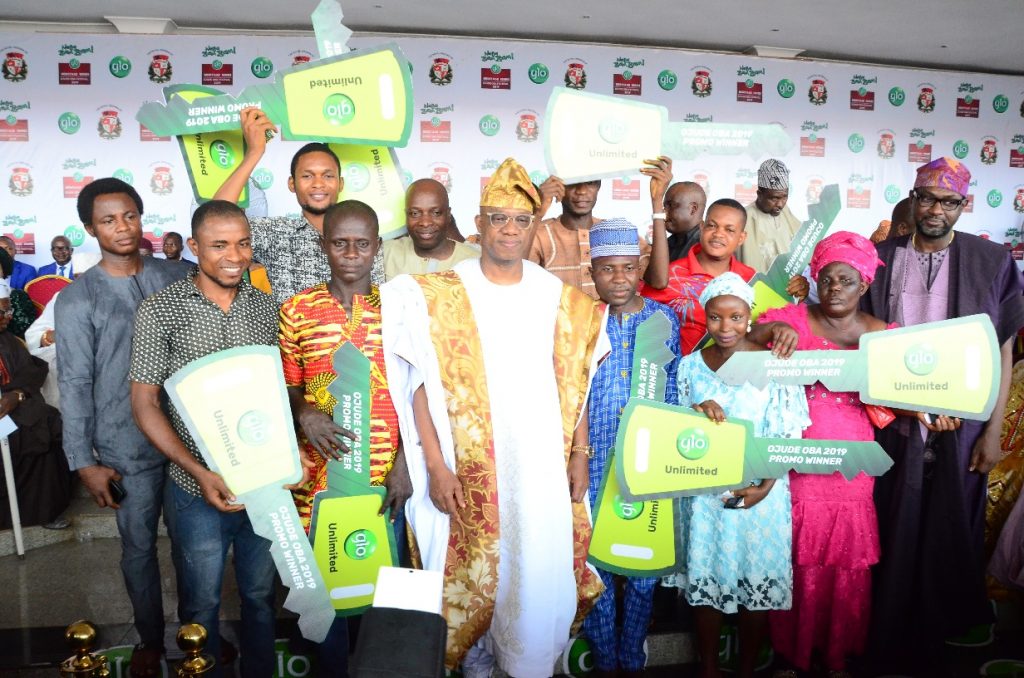 The tricycle winners were announced after the Alaafin of Oyo, Oba Lamidi Adeyemi picked the draws.​

One of the winners of the tricycle, 37-year old civil servant with the Ogun State Hospital Management Board, Mr. Asiwaju Adebowale commended Globacom for the kind gesture, adding “I feel great. I will start a transportation business to augment my salary.

In the same vein, another tricycle winner, 40-year old Olayemi Henry, a social worker with the Justice Development and Peace Commission who lives in the Obalende area of Ijebu Ode said the tricycle will further endear his Commission to the Globacom brand while a panel beater who also won the tricycle announced, “I will use it for business”.

Some of the winners of the LED TV lauded Globacom for giving back to the society. Mrs Obafunmiloye Ogunniyi, an Events Planner said “Glo is the best. I was aiming for the tricycle but i got the LED TV”.​ 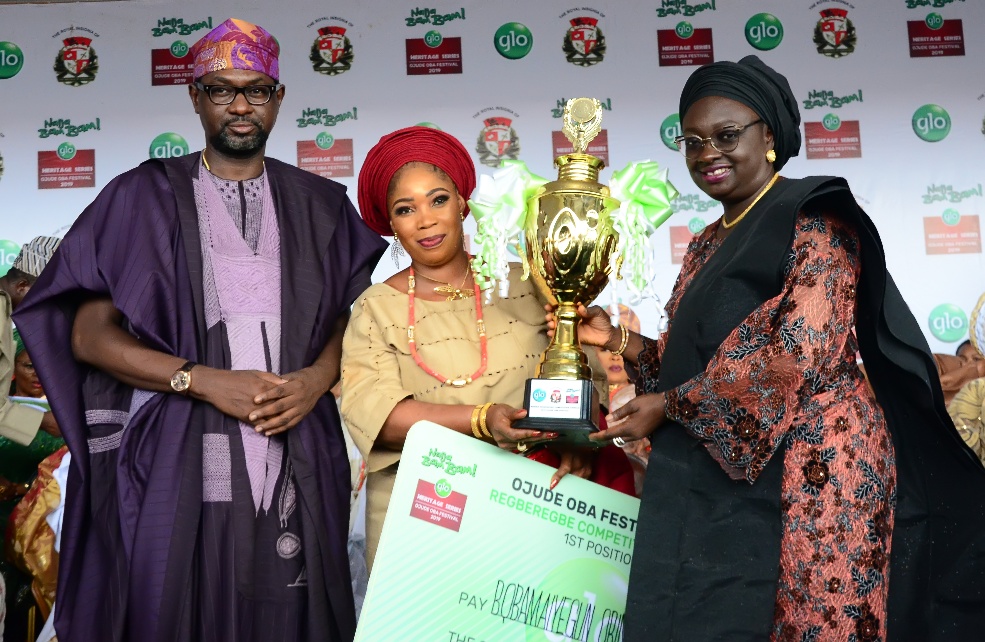 She defeated eight other contestants in a competition where all the participants made three appearances in traditional, casual and dinner wears. They were rated for their elocution, poise and comportment in the keenly contested beauty pageant.

The dark and tall 25 year-old queen is an entrepreneur in catering and event planning.

Lady drummer, Ayanfola and her 15-people ensemble, serenaded the audience with delightful tunes from the talking drum (gangan). She meandered from folklore Ijebu songs to contemporary tracks, compelling the audience to bring out their phone cameras to record the unique performance.​ 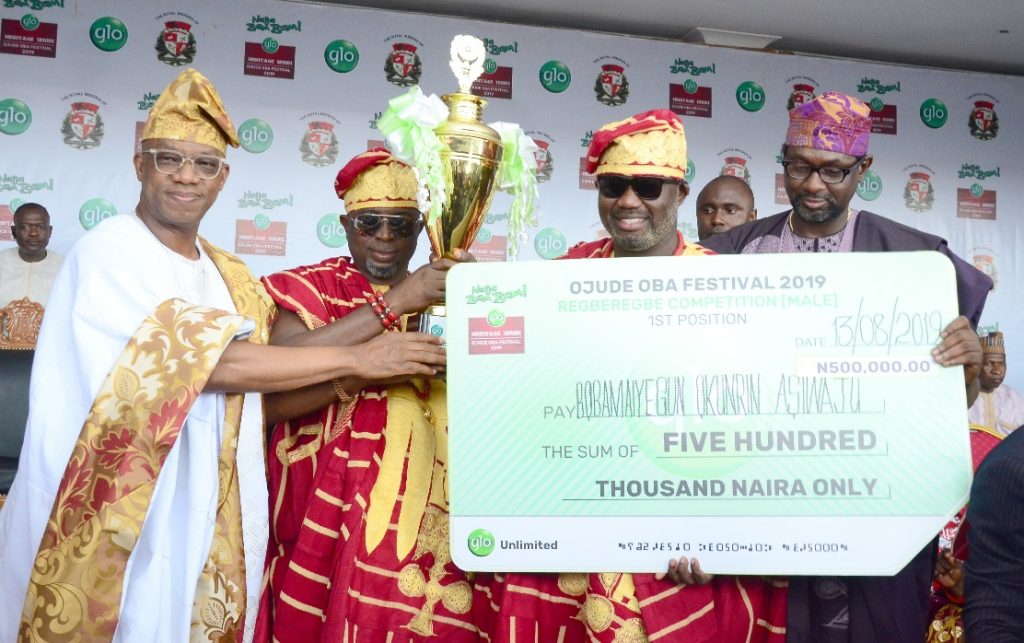 ​ Lil’Kesh revved up the musical show with sundry popular tunes enthusiastically chorused by the lively crowd of attendees who came to round off their Ileya festivities with sublime fun. His performance was a master class as he engaged the audience intermittently and indulged the people with his rich repertoire of songs including Shoki and Able God.

The Asiwaju of Fuji popularly addressed as “African Michael Jackson”, Alhaji Abass Akande Obesere and his beautiful dancers​ closed the musical show with a big bang. He spent considerable time to remind the crowd that Glo is the best network as he dished out melodious and ‘funkified’ songs that sent the crowd into a frenzy. Dressed in a combo of green and white to show his affinity for the Nigerian national colours and Globacom’s colours, Obesere and his Glo-branded band members, sent the crowd into an ecstasy of musical pleasure.​

The attendees commended Globacom for the well choreographed musical show, adding that the event capped the eventful and bubbly 2019 Ileya festival celebrations for them.