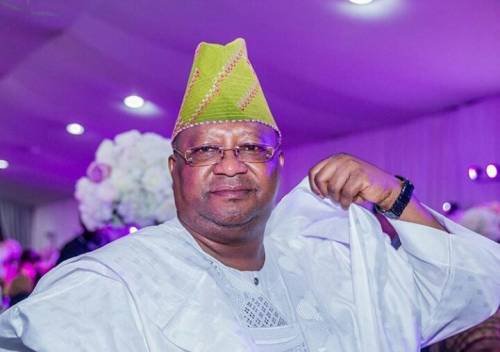 Justice Ayo Oyebiyi of Osun State High Court sitting in Osogbo on Thursday discharged and acquitted a nurse, Alfred Aderibigbe, who was charged with the murder of late Senator Isiaka Adetunji Adeleke.

Aderibigbe was arraigned at Osun State High Court on June 8, 2018, where he pleaded not guilty to the murder charge preferred against him.

According to Daily Trust, Senator Isiaka Adeleke during his lifetime was suffering from ‘gout’, a form of arthritis characterised by severe pain and the nurse treated him at his residence before he died on April 23, 2017.

The state government, however, set up a coroner’s inquest into his death and the coroner which was led by Magistrate Olusegun Ayilara indicted the nurse for administering an overdose of drugs on the late Senator and recommended the nurse for prosecution.

When the nurse was arraigned at Osun State High Court on June 8, 2018, he pleaded not guilty to the murder charge preferred against him.

The prosecuting team from the state Ministry of Justice, led by Acting Solicitor General and Permanent Secretary, Mr Dapo Adeniji, called nine witnesses and tendered several exhibits during the trial.

One of the witnesses, the Chief Medical Director of Ladoke Akintola University Teaching Hospital, Osogbo, Prof Akeem Lasisi, told the court that Adeleke died of a drug overdose.

Also, the Consultant Pathologist, who carried out an autopsy on Adeleke’s corpse, Dr Taiwo Sholaja, told the coroner that the late politician died of a drug overdose.

However, counsel to the accused, Soji Oyetayo told the court that none of the witnesses and investigating police officer visited the scene of the crime to retrieve a doctor’s prescription which was in the custody of the deceased before he died, saying that the evidence on how the deceased died was conflicting, mixed-up and inconclusive.

He further stated that the deceased was in emergency need of medical attention when he invited the defendant to treat him.

Ruling on the case, Justice Ayo Oyebiyi said the Prosecution Counsel failed to prove his case beyond a reasonable doubt and now discharged and acquitted the defendant.