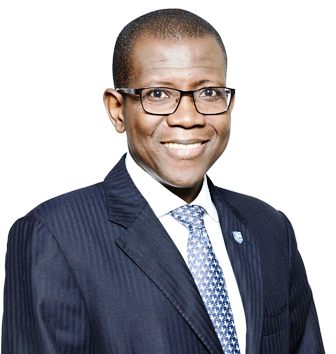 Yinka Sanni, Chief Executive, Stanbic IBTC Holdings PLC, assured Nigerians that Stanbic IBTC Bank remains strong, stable and sustainable in its operations. Stanbic IBTC Holdings PLC posted a profit of N36 billion for the half-year which ended June 30, 2019 and rewarded shareholders with an interim dividend of N10.2 billion at 100 kobo per share.
“We remain committed to operating to the highest level of corporate governance standards while delivering sustainable long-term value to clients and other stakeholders through world-class innovative operations and our customer-centric approach,” Sanni assured.
According to the Chief Executive, the Group’s achievements are an indication that its strategy is delivering on set goals and objectives. He assured that the organisation will continue to invest in its people, processes, and its communities to ensure business sustainability.
He added that in 30 years, Stanbic IBTC has built a culture of excellence in providing its clients with innovative financial products and services as well as contributing to the attainment of the developmental aspirations of the country.
The financial services institution has experienced several transformations in its 30-year history. Investment Banking & Trust Company Limited (IBTC) was incorporated on 02 February, 1989 as a merchant bank. Following the introduction of universal banking and a regulatory requirement for financial institutions to have a N25 billion minimum capital base, IBTC merged with Chartered Bank PLC and Regent Bank PLC in 2005 to become IBTC Chartered Bank PLC, which effectively transformed it into a universal bank. Two years later in 2007, IBTC Chartered Bank PLC merged with the Nigerian subsidiary of Standard Bank Group Limited, to become Stanbic IBTC Bank PLC.
The reforms in the Nigerian financial system, which led to the review of the Universal Banking Policy of the CBN and the introduction of a holding company model, led to the adoption of a HoldCo structure by Stanbic IBTC in 2012 to retain its non-core banking businesses.
According to Sanni: “Stanbic IBTC has grown steadily from its early days as a merchant bank to a leading end-to-end financial services provider in the country today, with a balance sheet size close to N2 trillion and a market capitalisation valued at approximately N500 billion in December 2018.”
He explained that the bank, in a clear demonstration of its confidence in Nigeria, facilitated a staggering $589.84 million capital inflow into the country during the second quarter of this year. Indeed, it ranked first among financial institutions that imported capital into Nigeria.
The financial powerhouse is equally determined to help grow and develop a vibrant and productive youth population through sponsorship of projects such as the Higher Institutions Football League (HiFL) billed to run till 2023. The bank actively seeks to engage the youth and help foster unity among them, using sports, a major passion point for that segment.
Stanbic IBTC is a Nigerian company which had its roots in Investment Banking & Trust Company PLC, formed on February 2, 1989, with Atedo Peterside, CON as the first Chief Executive. The company has since evolved into a full-service financial institution with nine subsidiaries all headed by Nigerians.
Stanbic IBTC Holdings PLC has an estimated staff strength of approximately 4,000, 99.9 percent of whom are Nigerians. Additionally, eight of Stanbic IBTC Holdings PLC’s ten-member board members are Nigerians.