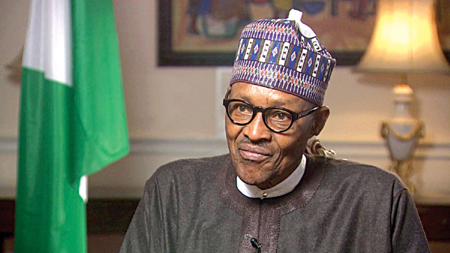 President Muhammadu Buhari of the All Progressives Congress (APC) seems set for victory in Saturday’s presidential election. He is leading his Peoples Democratic Party (PDP) challenger Atiku Abubakar in seven of the 11 states announced by the electoral umpire—as at 12:45am.

Atiku won in four and the Federal Capital Territory (FCT). The collation of the results continues at 10am today.

The Independent National Electoral Commission (INEC) announced the results at the International Conference Centre (ICC), venue of the National Collation Centre in Abuja.

Of the 11 states and the FCT that had been announced by the electoral umpire, President Buhari was leading in seven states, losing in the others to Atiku.

As at the time of filing this report, the states won by Buhari are: Ekiti, Kwara, Osun, Nasarawa, Gombe, Kogi and Yobe.

Atiku won in Ondo, Abia, Enugu, Ebonyi and the FCT.

The final results’ collation, which began with Ekiti State, saw the APC candidate garnering 219, 231 from the 16 local government areas as against 154,034 for the PDP flag bearer.

Atiku claimed the Federal Capital Territory (FCT), scoring 259,997 as against Buhari’s 152,224. The PDP candidate won in five of the six FCT local governments.