With 15 candidates in the second stage, Ogun State led the rest of the states in the country as the National Examination Council, NECO released the results of 2018 Cowbellpedia Qualifying Examination results. Rivers State followed with 10 candidates whileOsunState and the Federal Capital Territory, Abuja hadfive candidates each. Further breakdown of the results shows that Ambassador College, Ota, Ogun ... END_OF_DOCUMENT_TOKEN_TO_BE_REPLACED 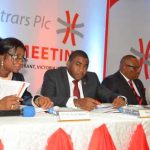 The draws for the 2018 Principals Cup football competition held at the Corporate Head Office of Guaranty Trust Bank on Thursday 31st May 2018. The season began on April 17, 2018 with zonal preliminaries which featured 594 Teams from 335 Schools in the male and female categories. The competition is open to Schools from the 6 educational districts in Lagos ... END_OF_DOCUMENT_TOKEN_TO_BE_REPLACED 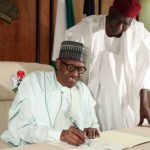 The Speaker, Lagos State House of Assembly, Mr Mudashiru Obasa, says declaration of June 12 as Democracy Day has vindicated age-long agitations by some Nigerians for same.Obasa made the assertion in Lagos in a statement signed by his Chief Press Secretary, Mr Mudashiru Obasa, on Thursday.He praised President Muhammadu Buhari for the declaration on Wednesday. “This is because it was ... END_OF_DOCUMENT_TOKEN_TO_BE_REPLACED 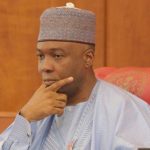 More suspects in the April 5 bloody robbery in Offa, Kwara State, have been linked with Senate President Bukola Saraki, the police claimed yesterday. Two of the three suspects mentioned by the ring leaders in connection with the crime in which 33 people, including nine policemen, were killed, have been arrested. Police spokesman Jimoh Moshood said five of the ... END_OF_DOCUMENT_TOKEN_TO_BE_REPLACED