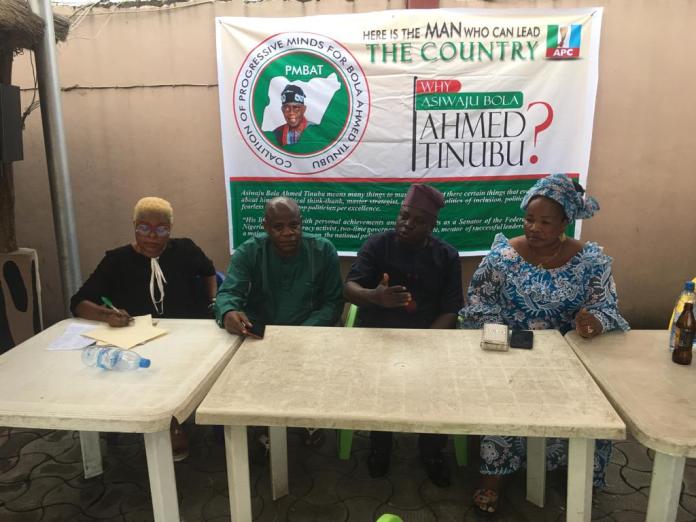 The meeting was well attended where national officers were appointed to see to the day to day running of the affairs of the Coalitions.

According to the Director General (DG) of the Coalitions Chief Yemi Oladokun, he charged the members to work assiduously towards making All progressive Congress (APC) candidates Asiwaju Bola Ahmed Tinubu and his running mate Senator Kasim Shettima become President and Vice President of Federal Republic of Nigeria respectively come 2023.

The other members present include Deputy Director general (DDG) Mr. Olayinka Sotayo, Finance Director Mr.Kayode Sijuade and other executives expressed their readiness to campaign tirelessly and convince Nigerians to cast their vote for Tinubu/Shettima Candidacy.

Some members outside Lagos state joined the meeting via zoom across the country from Kwara, Kaduna, Ogun, Oyo, Borno, Adamawa states among other states.