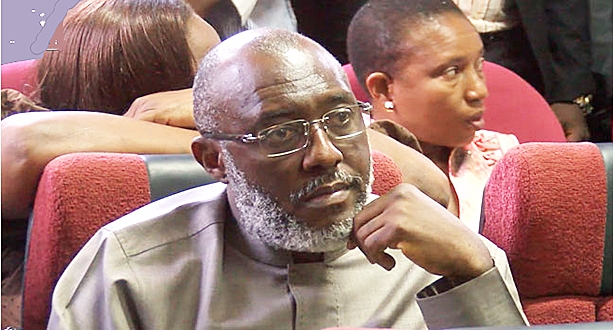 Former spokesman of the People’s Democratic Party (PDP), Olisa Metuh said Thursday that his trial will not lead to conviction.

Metuh said: “I will go to the witness box. There is nothing in my case that will ever lead to conviction.”

He spoke in Abuja Thursday while reacting to a ruling by Justice Okon Abang of the Federal High Court on his (Metuh’s) motion for leave to travel abroad for medical treatment.

Metuh and his company, Destra Investment Limited are being tried before the court on charges of money laundering.

They are said to have unlawfully received N400m from the Office of the National Security Adviser (ONSA) in November 2014 to fund the party’s presidential campaign ahead of the 2015 poll.

Metuh and Destra are also said to have engaged in cash transaction of $2m without going through a financial institution.

Ruling yesterday, Justice Abang said his court lacked jurisdiction to entertain Metuh’s motion, since he failed to appeal the court’s decision in May 2016, rejecting similar a application by the defendant.

The judge also said the motion, argued by parties last month, was without merit because it was not supported by a medical report.

Metuh, who had on two occasions attended court on a stretcher and later on wheel chair, came to court yesterday with the aid of a walking frame.

Justice Abang had, on May 25, 2016 dismissed a similar motion for the release of his passport to enable him seek medical attention in the United Kingdom.

While dismissing the latest one yesterday, the judge upheld the argument by Sylvanus Tahir (for the prosecution) that Exhibit 3, relied upon by the applicant amounted to “a documentary hearsay” in as much as the doctor who issued it did not personally examine Metuh.

Justice Abang noted that, besides failing to personally examine Metuh, the doctor who authored the document merely relied on other medical reports which were never produced before the court for scrutiny.

Justice Abang said: “To the extent that the author of Exhibit 3 relied  on the content of two other letters or two other medical reports dated January 20, 2017 and January 30, 2018 to come to the conclusion that the defendant needed to be referred to the United Kingdom, the Exhibit 3 is a documentary hearsay which is not tenable. I so hold.

“He (Metuh) ought to have known that it is no longer fashionable to use ill health to delay trial,” the judge said.

Justice Abang noted that had the court not prevented Metuh from hijacking the proceedings, he would not have called the 10 witnesses that had appeared in court to defend him.

He added: “On the account of the conduct of the 1st defendant (Metuh) since February 9, 2016 when the prosecution closed its case whereby the defendant has employed all manners of tactics to delay the case, I cannot exercise my discretion in his favour.

The judge further noted that there was no medical report filed in support of the application even when the Supreme Court had ruled that for such application to be granted it must be backed by a convincing medical report to the satisfaction of the court.

He said Metuh could not have filed a medical report since the court had, on January 25, 2016 prohibited him from filing such report since he had resorted to using his ill health to frustrate the trial.

The judge was of the view that instead of filing a fresh motion for permission to travel abroad, Metuh ought to have appealed the 2016 ruling of the court.

Justice Abang adjourned to today for further proceedings in the case.

Reacting to the judge’s ruling after the court’s proceedings, Metuh described court’s decision as “frustrating” and “shocking”.

He noted: “This is because, in the course of our filing the application we had contended with the fact that the judge said we should not bring medical report again.

Metuh, who is currently conducting his defence, has called 10 witnesses.

He noted that “in the course of defending this matter, there is nothing unlawful or illegal that we have done”.

Metuh insisted that he was innocent. He said he was eager to defend himself and might have have to stop calling from his fresh list of 10 witnesses to enable him personally take the witness stand.

He said: “I will go to the witness box. There is nothing in my case that will ever lead to conviction.”