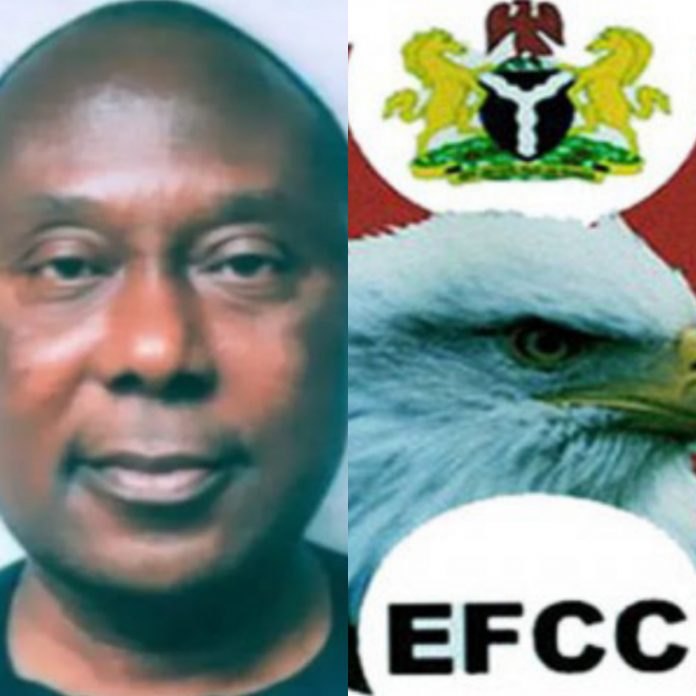 Weeks after Accountant General of the Federation, Ahmed Idris was suspended for allegedly embezzling N80billion and President Muhammadu Buhari appointed Anamekwe Nwabuoku as Acting AGF, news filtered out that Nwabuoku is under probe for corruption.
Nwabuoku who was newly appointed to overseer of the Office of the Accountant General of the Federation (OAGF), reportedly has a heavy corruption dossier and is being investigated by the Economic and Financial Crimes Commission (EFCC), Economic Confidential can authoritatively report.
Nwabuoku was on Sunday appointed to oversee the office in the absence of the suspended AGF, Ahmed Idris, who has been in EFCC custody for over a week while undergoing investigation for fraud to the tune of 80 billion naira.

According to a statement by the Ministry of Finance, Budget and National Planning, Nwabuoku will oversee the affairs of the office during the pendency of Idris’ investigation.
The Overseer of OAGF however has massive corruption hanging on his neck from the previous positions of responsibility he held in the course of his career.
According to credible sources familiar with his antecedents, the EFCC is investigating him for a series of graft allegations and Nwabuoku is known to visit the headquarters of the anti-corruption agency on a regular basis as part of the investigation routine.
Some of the allegations against him include overpayment to himself in previous MDAs he served.
Economic Confidential gathered that some of the properties he acquired fraudulently have been recovered by anti-corruption agencies.
One of the sources informed Economic Confidential that perhaps his major financial crime was allegedly committed while he was the Director of Finance and Accounts (DFA) at the Ministry of Defence where he was said to have enriched himself with internal security funds.
He was allegedly involved in other fraudulent activities and using the Government Integrated Financial Management System (GIFMIS) to steal the salaries of federal government staff.
The GIFMIS is an IT-based system for budget management and accounting. It was adopted as part of a wider Public Service Reform Strategy by the federal government of Nigeria starting in the early 2000s. Nwabuoku however compromised the system and made away with humongous amount of money.
Asked to explain why the federal government opted to appoint a man with such questionable records to oversee an office vacated by an allegedly corrupt AGF, a top official in the Presidency said Nwabuoku was the most senior official in the office.
“He is not acting AGF but overseeing OAGF as the most senior director in the office,”