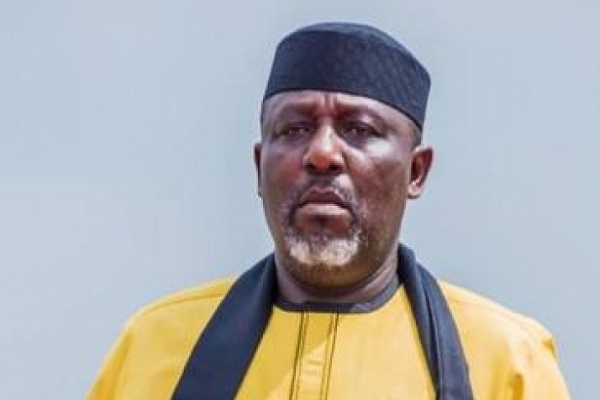 After nearly four hours of confrontation, operatives of the Economic and Financial Crimes Commission on Tuesday overpowered former Imo State Governor, Rochas Okorocha and took him into detention.

The faceoff arose following what the anti-graft agency described as the former governor’s refusal to show up after being admitted to administrative bail, a development that also stalled the ability of the agency to serve Okorocha with court papers to appear and answer to charges in his N2.9 billion fraud case.

For that action, the agents of the anti-graft agency stormed the Maitama residence of the former governor in the early hours of the day and prevented him from going out of the mansion until he was finally picked up.

The move, according to the Spokesman for the EFCC Mr. Wilson Uwujaren, followed the refusal of the former governor to honour invitations after jumping the administrative bail earlier granted him by the anti-graft agency.

Uwujaren recalled that the EFCC had on January 24, 2022, filed a 17-count criminal charge bordering on diversion of public funds and properties to the tune of N2.9 billion against Okorocha.

The case was assigned to Justice Inyang Ekwo of the Federal High Court, Abuja but attempts to arraign Senator Okorocha was twice stalled owing to the absence of the ex-governor who evaded service of processes.

At the last adjourned date, March 28th, 2022, Justice Ekwo before adjourning until May 30th, 2022, had warned that the court would not grant any further adjournment to the agency if it failed to serve the former governor with a court summons.