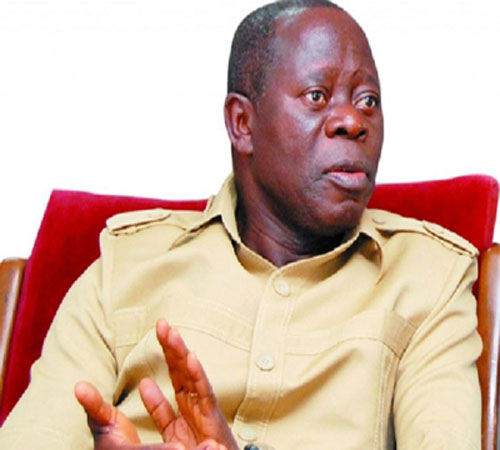 A Federal High Court in Abuja has refused a motion seeking to restrain the All Progressives Congress (APC) and the Independent National Electoral Commission (INEC) from recognising Lagos State delegates for Saturday’s national convention of the party.

Justice Babatunde Quadri, who read a ruling prepared by Justice Binta Nyako, said the motion for interlocutory injunction filed by a member of the APC in Lagos, Bunmi Tayo Church,was without merit. He dismissed it.

Justice Quadri said it was wrong to grant the orders sought by Church when all those to be affected by the court’s pronouncement,who emerged from the Ward, local government and state congresses of the party in Lagos, were not before the court and had not been heard.

“This application cannot be granted because all the parties to be affected by the reliefs sought are not before the court. The application therefore fails,” the judge said.

He proceeded to grant accelerated hearing in the substantive suit currently pending before Justice Nyako.

Justice Quadri said he was asked by Justice Nyako, who was bereaved, to help read the ruling which she already prepared and signed.

He said the Federal High Court’s Civil Procedure Rules, under Order 23 Rule 2, allows that where a judge is bereaved, another judge can deliver a ruling signed by the judge handling the case.

Church, whose substantive suit marked: FHC/ABJ/CS/ 583/18, is challenging the outcome of the last Ward, Local Government and State congresses of the APC in Lagos State, had sought the interlocutory injunctions pending the determination of the main suit.

He urged the court, in the motion, to restrain defendants – APC and INEC – “from according recognition or giving effect to the results of the 1st defendant’s (APC) Lagos chapter’s purported Ward congress, Local Government congress and State congress pending the determination of the substantive suit.”

In his affidavit supporting the main suit, Church, who claimed to be interested in contesting for the party’s Chairmanship position in Mushin Local Government in Lagos, said he would have realised his ambition and become a delegate, but for the unlawful way the congresses were conducted.

It is his contention that the congresses conducted in Lagos were in violation of the party’s constitution, its guidelines for the conduct of Ward, LG and state congresses and the Constitution of Nigeria (as amended).

Church’s lawyer, Akin Olujinmi (SAN), had while arguing the motion on June 14, contended that, since the APC’s national convention was scheduled for June 23, there was need to preserve the res (subject) of the substantive suit.

Bola Aidi, who represented that APC queried the competence of the motion for interlocutory injunctions and urged the court to refuse it.

INEC’s lawyer Alhassan Umar also urged the court to refuse the motion on the grounds that it contains similar prayers as those contained in the substantive suit.

The ruling is a blow for the Fuad Oki group, claiming to be a faction of the Lagos APC.

Chairman of Lagos APC Alhaji Tunde Balogun, expressed joy at the verdict. He was in court to personally hear the ruling.

He said the applicant, an ally of outgoing APC National legal Adviser Muiz Banire, was seeking to drag the APC leadership and membership down based on framed-up excuse.

One of the aspirants for All Progressives Congress (APC) National Chairman Prof. Osarhiemen Osunbor, has pulled out of the race.

He said Adams Oshiomhole is experienced enough to lead the party.

Osunbor who visited Oshiomhole’s campaign headquarters in company of his wife, explained that he earlier joined the race not to fight Oshiomhole as being insinuated but to see how he could contribute his quota to the growth of the party.

He said: “I came here specially in solidarity with my wife and I want to say that you have the experience and all it takes to lead APC. I want to state here that I never joined the race to fight you, never.

“I appreciate the relationship which has existed between your family and mine over the years. I do not want this to destroy our relationship. I am happy the President is with you and majority of our party leaders are with you and I have great respect for Mr President.

“I am stepping down for you and to support you because you are my brother, my friend and a man that is well respected across the country.

Oshiomhole expressed joy for the visit, saying he would work with leaders like Osunbor to move the party forward.

“I think we have a huge challenge ahead after the convention and we will need people like Osunbor to assist. I am happy you decided to withdraw because somehow I was worried due to the relationship we have enjoyed over the years,” he said.