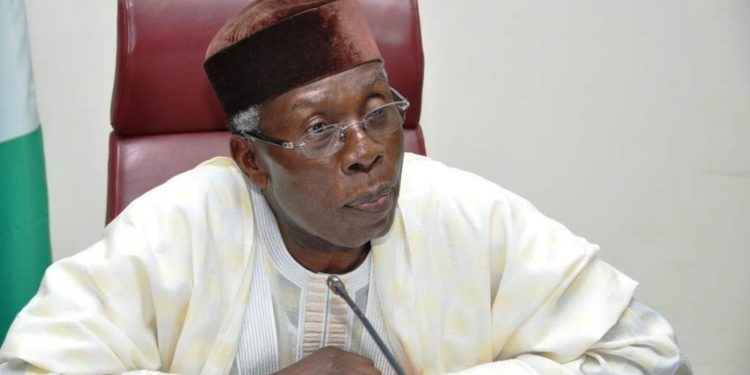 ..We are on rescue mission, says aspirant

A founding father of the All Progressives Congress (APC) and immediate past Minister for Agriculture, Chief Audu Ogbeh, on Saturday endorsed the aspiration of Senator Heineken Lokpobiri to fly the flag of the party for the November governorship election in Bayelsa State.

Ogbeh, who inaugurated the campaign office of the aspirant along the Isaac Boroh Expressway, Yenagoa, said Lokpobiri, who served under him as a Minister of State for Agriculture, was the most qualified person to seek the governorship ticket of the party.

Speaking to crowd of party faithful, who gathered to witness the inauguration of the campaign complex, Ogbeh said Lokpobiri acquired the right experience and capacity to solve the problems of Bayelsa.

He said Lokpobiri having served in many capacities including working under him for about four years deserved the support of the people of the state to form the next government.

He said: “Heineken is like a son to me. We worked together in the ministry of agriculture for three and half years. You know his history. You know him and he knows you. He has experience, knowledge and intelligence. When we were in the ministry, we were always discussing the big problems of Nigeria today, the problem of unemployment.
Read Also: Bayelsa PDP primary: New moves to reconcile Jonathan, Dickson’s loyalists

“We realise that what we need to do is to create jobs. If you give Lokpobiri a chance and I believe you will, he will not let you down. So, please work hard for him and give him all the support and make sure he gets into the government house.

“You will be grateful to God at the end of this exercise that you brought somebody in who has capacity and understands your problems. Give him a chance and support him. He knows your problems and I can assure you that from the rest part of the country, we will give him the support he needs to make sure he wins.”

In his opening remarks, the Director-General, Heineken Lokpobiri Campaign Organisation (HLCO), said following the guidelines of the Independent National Electoral Commission (INEC) it was not yet time for campaign.

“We invited you here to be part of history-making occasion, a process to enter the Government House of Bayelsa State. They said we are not popular in Bayelsa but we proved them wrong in the last election. As we commission this campaign office, the process of our journey to Government House has started,” he said.

Lokpobiri, who expressed happiness over Ogbeh’s endorsement, described his former boss as his mentor and father, adding that Ogbeh was the brains behind his ambition to rule Bayelsa.

“One day I was talking with him, Chief Ogbeh said to me, ‘Heineken Lokpobiri ,you have to go and rescue your people.’ I didn’t know what he was talking about because he said it about three years ago. But on another occasion, he repeated it. So, the person, who actually started this rescue mission, is Chief Ogbeh,” he said.

Lokpobiri alleged that there was no government in Bayelsa, explaining that the administration of the People’s Democratic Party (PDP) failed to satisfy the reasons for the existence of government such as security and welfare of the people.

Lokpobiri and his entourage earlier visited the state working committee of the party led by the APC Chairman, Jothan Amos, at the party’s secretariat in Yenagoa.