BBNaija : The race is still on till Week 10, Ebuka advices all 16 housemates 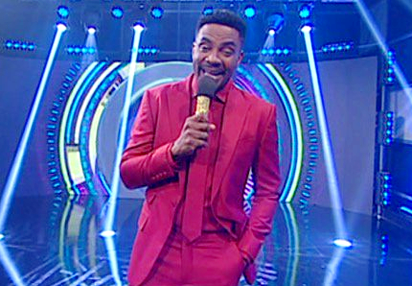 After Deji, Giddyfia, and Diana got evicted, show host, Ebuka, reminded all 16 housemates that the race is still on till Week 10.

Here’s a full account of the eighth Liveshow/Eviction Night and reactions from all evicted housemates.

Last Monday, Amaka got evicted after being nominated for immediate eviction by fellow housemates.

In a surprising nomination twist by Biggie, Amaka had the most nominations from ‘real’ housemates and became the 8th housemate to face eviction.

While speaking to Ebuka, Amaka revealed that getting evicted was surprising, but with the platform and fame she found from BBNaija, she plans to launch a clothing line and a skincare brand.

Giddyfia is renowned for his energy and infectious laughter. On Sunday, he became the 10th housemate to face eviction.

His exit was surprising to the housemates because most of them revealed during their Sunday’s diary sessions that his absence would be felt notably for raising the energy level of the house and infectious/witty laughter.

He revealed to Ebuka that his love square or triple with Rachel, Diana and Amaka was a big problem for him in the house and he never planned such while entering the house.

Giddyfia looks forward for future opportunities and leverage on the platform earned from being in the house.

All 16 safe housemates heaved a huge sigh of relief as they made it to Week 7.

Ebuka let the housemates know that the race is still on till Week 10.

He spoke to the housemates about friends, relationships, situationships, and foes.

He advised them to be careful and watch their back as they jostle for the N100 million grand prize.

It’s left to the housemates to make the decision to heed his advice or lose focus in the game.