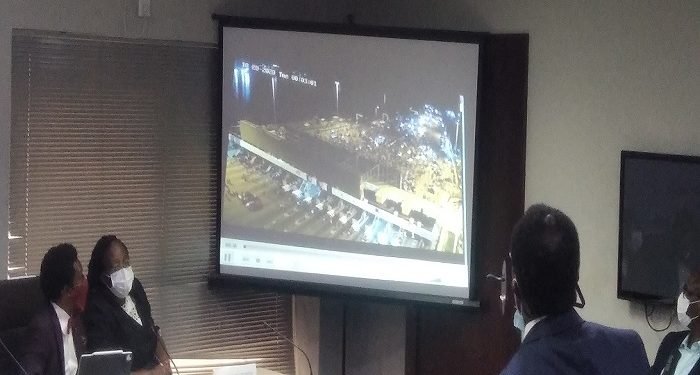 The Lagos State Judicial Panel of Enquiry and Restitution for Victims of SARS related abuses and other matters is showing the footage captured by the surveillance camera at the Lekki toll gate on October 20.

The Managing Director of LCC, Abayomi Omomuwa, had submitted the video footage on Tuesday.

Soldiers have been accused of shooting at #EndSARS protesters, injuring and killing some, an allegation the military has denied.

She turned down the request of Lekki Concession Company (LCC) lawyer, Mr. Rotimi Seriki, for the panel to start viewing of the recording captured from about 5pm on October 20.

The alleged shootings are believed to occur from just over 6 pm on October 20.

The panel began viewing the footage at about 11:35 am.