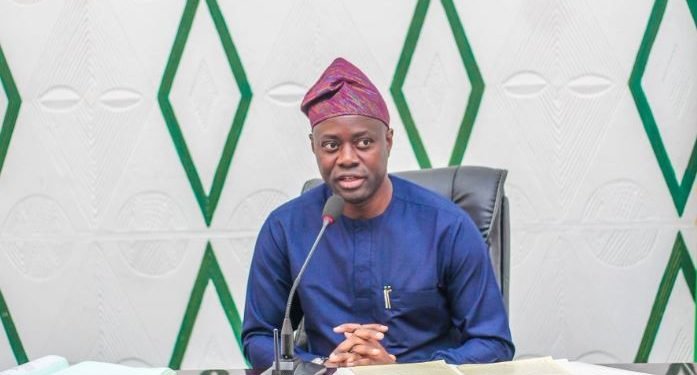 No fewer than 15 shops were on Saturday ransacked, looted and razed at Agbeni Ologede market, Ibadan on Saturday by suspected hoodlums.

Goods worth tens of millions were both stolen and destroyed while the incident lasted.

According to unconfirmed sources, the shops were razed to cover up the lootings perpetrated by the yet-to-be-identified hoodlums.

The sources noted that the hoodlums suspected to be from the area arrived around 5am while the operation lasted for one hour.

He noted that the act was perpetrated by the hoodlums under the pretense of reprisal attack on a rival cult group, in the area.

Some of the residents who noticed the flame from the affected shops alerted officers of the Oyo State fire service around 6am .

It was gathered that the fire fighters who raced to the scene were repelled by the hoodlums, who attacked them with cutlass and other dangerous weapon.

Some of the victims and other traders at the market decried the extent of the damage done by the inferno.

The residents also explained that the day started with pandemonium as a series of gun shots were heard in what seem an exchange of fire between the suspected hoodlums and security operatives.

The Director of Fire Service in Oyo State, Mr Moshood Adewuyi confirmed that the damaged was done by the hoodlums adding that his men were also attacked.

Condemning the action of the hoodlums, the fire fighter boss appealed to residents of the state and other Nigerians to see security as collective responsibility.

He said the timely intervention of the officers and men of the operation burst brought normalcy to the area, noting that only 10 shops were identified to have been razed while others were burnt beyond recognition.

He said five other other lock up stalls made of wood were also torched.