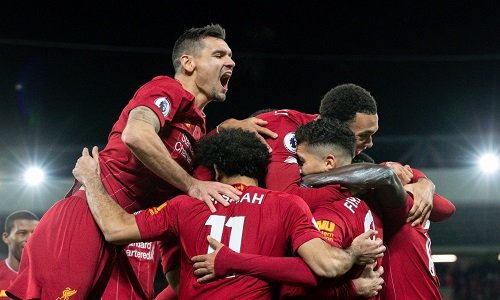 Liverpool FC on Sunday extended their lead at the English Premiership League to nine points with a 3-1 victory over arch-rivals Manchester City.
Two first half goals from Fabinho and Mo Sallah as well as a fine header from Sadio Mane in the early minutes of second half gave Liverpool a comfortable lead.
Bernado Silva scored for Manchester City in a game marred by furious protests by the two coaches – Jurgen Klopp and Pep Guardiola – over questionable officiating.