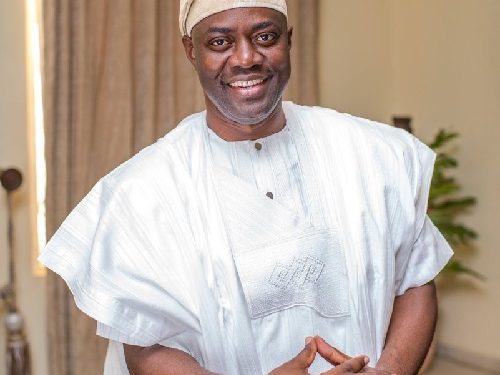 Oyo State House of Assembly on Thursday acknowledged the receipt of the names of 14 commissioner-nominees from Governor Seyi Makinde.

Presenting the list under Message from the Executive on the House Order paper during plenary, Speaker Adebo Ogundoyin said the letter accompanying the list requires the lawmakers to consider and screen the nominees to enable them to support the governor’s administration.

Subsequently, after the presentation, the Speaker directed the nominees to submit 14 copies of their curriculum vitae and credentials to the office of the Clerk of the House on or before Friday, August 2, to enable room for screening.

Speaker Ogundoyin had earlier denied receipt of the list before plenary to douse tension and pressure of stakeholders to know the details of the nominees before it’s presentation before the lawmakers.

Speculation was also rife that last minute adjustment and fine-tunings was made on the list as the plenary did not start until around noon, unlike in time past.

Makinde’s letter as presented by the Speaker reads, “May I use this opportunity to bring to the notice of the Honourably Speaker and the House of my desire to submit the list of personalities who will be considered worthy of appointments as commissioners in our state. The list is herewith attached.

“I, therefore, request for the screening and approval of the honourable house for the personalities to serve as commissioners. Please accept the assurance of my personal regards.”

The Speaker, however, added that the days of the screening for the nominees would be announced later.

Also at plenary, the bill for the Oyo State Open rearing and grazing regulations, 2019 passed the first reading.

“Urged the executive arm of Government through Oyo State Road Traffic Management Authority to ensure that all articulated vehicles carrying containers secure them properly while driving on Oyo state roads to prevent further loss of lives and properties.”