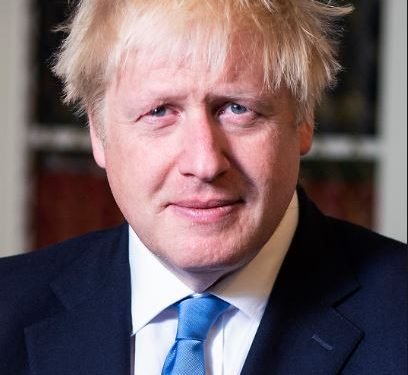 The Boris Johnson-led assault on the coronavirus pandemic in Britain took a twist on Friday after the prime minister and Health Secretary Matt Hancock announced that they had tested positive for the virus.

Their announcements came on a day the coronavirus death toll in the country jumped by 181 to 759 in what was described as Britain’s darkest day of the crisis yet.

But Johnson vowed to keep working with messages of support flooding in for him.

More government officials including secretaries are expected to go into isolation after coming in contact with the PM following his appearance in the parliament on Wednesday.

“Over the last 24 hours I have developed mild symptoms and tested positive for coronavirus. I am now self-isolating, but I will continue to lead the government’s response via video-conference as we fight this virus. Together we will beat this,” Johnson said on Twitter.

He was also on video, saying:  “Hi folks, I want to bring you up to speed on something that is happening today, which is that I have developed mild symptoms of coronavirus. That is to say a temperature and a persistent cough. And on the advice of the chief medical officer, I have taken a test.

“That has come out positive so I am working from home. I am self isolating. That is entirely the right thing to do.

“But be in no doubt that I can continue, thanks to the wizardry of modern technology to communicate with all my top team to lead the national fight back against coronavirus.”

“The test was carried out in No 10 by NHS staff and the result of the test was positive. In keeping with the guidance, the Prime Minister is self-isolating in Downing Street,” the source added.

Mr. Johnson’s pregnant partner Carrie Symonds is believed to be in self-isolation, although it is not known when they last saw each other or if she has been checked.

Labour leader Jeremy Corbyn wished him “a speedy recovery and hope his family are safe and healthy.

“Coronavirus can and does affect anyone. Everyone be safe. Our own health depends on everybody else.”

“We are so grateful for your strong leadership at this time of crisis and know you will back with your trademark optimism before long! Thinking of you and Carrie.”

“Thank you for your strong leadership at a time of crisis. Get well soon!”

“Thank you for everything your Government is doing to help us fight this.

“This is a reminder that anyone can get #COVID19. We must all follow the rules and stay at home to support our amazing NHS staff to save lives.”

Shortly after Mr. Johnson made his status public, Hancock did same.

“I’ve tested positive. Thankfully my symptoms are mild and I’m working from home & self-isolating,” he said on Twitter.

The Queen, who last saw Johnson on March 11, was said to be in good health yesterday.

The 93-year-old monarch, whose son Prince Charles also has the infection, is said to be “following all the appropriate advice with regards to her welfare.”

A Buckingham Palace spokesman said: “Her Majesty the Queen remains in good health. The Queen last saw the Prime Minister on March 11 and is following all the appropriate advice with regards to her welfare.”

The UK’s coronavirus death toll went up to 759 yesterday after officials announced 181 more victims of the infection.

The Spanish Health Ministry said at least 4,858 people have died from coronavirus in Spain, with 64,285 cases recorded.

Seven hundred and sixty-nine people were recorded dead yesterday though the rate of increase was slower than in the previous two days.

On Thursday, Health Minister Salvador Illa, had said analysis of recent data from Spain indicated a “phase of stabilization” in the trend of diagnoses.

NEARLY a quarter of a million French citizens have been fined for ignoring the government’s strict coronavirus lockdown rules.

French authorities said on Thursday that 365 people had been killed by the novel coronavirus within 24 hours, taking the hospital death toll to 1,696.

Nearly a quarter of a million French people have also been fined for flouting the government’s strict instructions to stay at home amid the worsening coronavirus pandemic, according to Interior Minister Christophe Castaner.

“Police have fined more than 225,000 people for non-respect of the confinement measures,” Mr Castaner said.

He added: “The lockdown should remain in place until we have won the battle against the virus.”

Restaurants, bars, shops, beauty salons and schools have been shut nationwide and people ordered to stay at home other than to buy food, medicines, travel to work, exercise or for urgent medical care.

Deaths in Italy rise by 919, highest daily tally since start of outbreak

Italy which has the highest number of confirmed cases in Europe yesterday recorded total deaths of 919 -the highest daily tally since the epidemic broke out on February 21.

The death toll in the country now stands at 9,134, the Civil Protection Agency said yesterday.

Until now the highest daily tally was the 793 recorded on March 21.

The total number of confirmed cases rose to 86,498 from a previous 80,539, taking Italy’s total past that of China, where the coronavirus epidemic emerged at the end of last year.