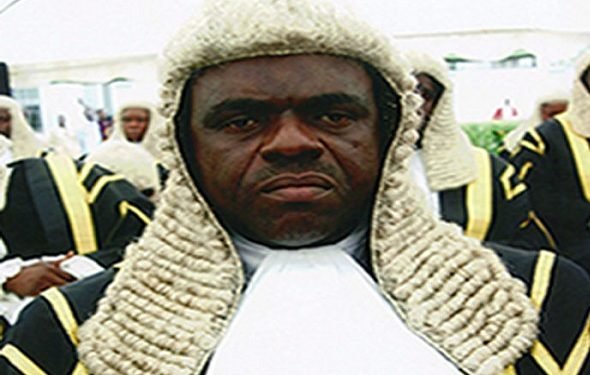 The Chief Judge of the Federal High Court (FHC) Justice John Tsoho has “strongly advised” all the court’s judges to desist from granting ex parte orders on political matters.

Justice Tsoho further advised the justices not to entertain matters whose substance arose from outside their judicial divisions.

There are 36 divisions of the court, manned by 79 judges, according to court’s official website.

AThe CJ gave the admonition in a June 24 circular titled “Grant of Ex Parte orders” and Hearing of cases from outside immediate territorial jurisdiction”.

The letter, obtained by media referred the judges to another circular of August 6, 2018 issued by his predecessor, Justice Abdul Kafarati, “which still applies”.

Tsoho warned the justices to beware of “political maneuvering” which was on the rise as a prelude to party conventions, primaries and elections in some states.

“It is of common knowledge that elections will be held in some states in Nigeria in the nearest future. The normal Party Conventions and Primaries with attendant political maneuvering have already commenced amongst various political parties, which very often culminate in the institution of cases in the Courts

“In this regard, Your Lordships are strongly advised not to grant an Ex-parte injunctive orders in any political matter brought before Your Lordships.

“Furthermore, Your Lordships are equally advised not te entertain matters of which the course of action has arisen from outside your Judicial Divisions,” the Chief Judge said.