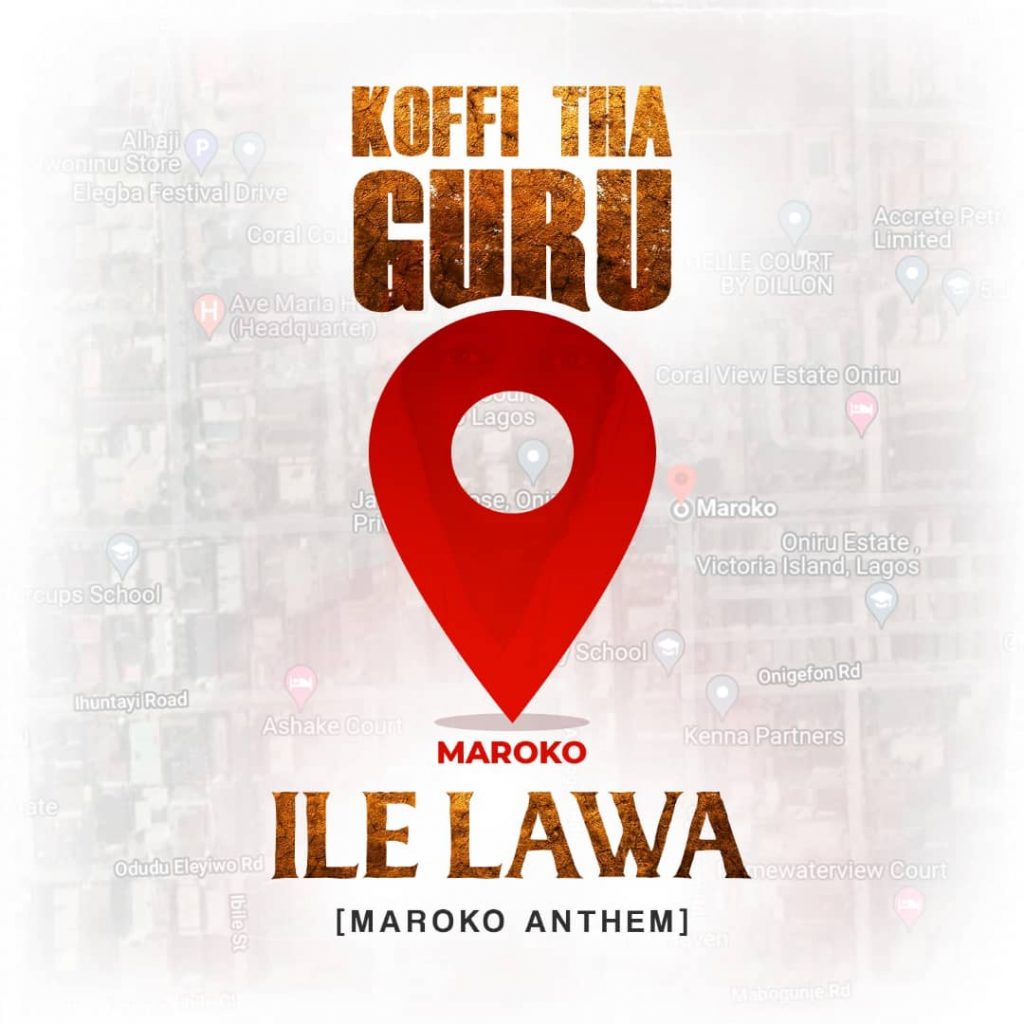 In recent times when other entertainers of the non internet age are struggling for a come back or spotlight in the social media sphere, there’s only one that stands out, his efforts for decades has revealed his innovative talents is second to none and this happens to be the iconic comic act, singer cum actor Koffi Tha Guru who just dropped a new single titled ‘Ile Lawa’ [Maroko Anthem] off the soon to be released ‘Maroko’ EP, his 21st album since 2004. It is a delightful tune dedicated to his roots in Maroko and the people of the new Maroko.
In a statement, he made available to us we understand the making of this particular song is a way of celebrating and connecting back to where his multi-talents emanates from so as to inspire young talents in Maroko and beyond.
Koffi Tha Guru as fondly called had over the years proven he is surely a great talent to reckon with when it comes to showbiz in general as he consistently lay out meaningful and entertaining ideas to suite the soul of showbiz lovers.
The track also serves as a debut to various other versions to be released soon.
_”This is to encourage collaboration with new acts from different hoods across Lagos. Watch out for the remixes ‘Bariga Lawa’, ‘Agege Lawa’, ‘Mushin Lawa’, ‘Eko Lawa’. Follow @koffithaguru for more updates.”_
– said Koffi Tha Guru