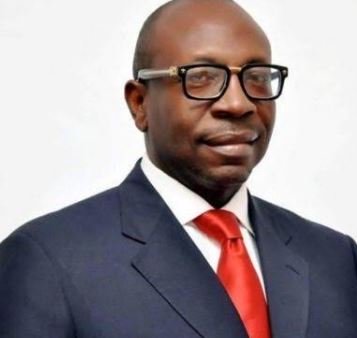 The ruling All Progressives Congress (APC) Campaign Monitoring Sub-committee of the National Campaign Council for Edo State Governorship Election on Thursday met to strategise on the September 10 governorship election.

The meeting, which took place behind closed door at the National Secretariat of the party, lasted for about 45 minitues before it was moved to an undisclosed venue in the capital city.

In attendance was the Chairman of the sub-committee and Imo Governor Senator Hope Uzodinma, who is also the Deputy Chairman of the National Campaign Council; the Deputy Senate President Ovie Omo-Agege and Professor Julius Ihonvibere among others

The party flagbearer, Pastor Osagie Ize-Iyamu and his running mate, Gani Audu, were also in attendance.

The committee members and Ize-Iyamu failed to speak to newsmen.

But it was however gathered the meeting, which essentially was to discuss among other things, the campaign budget, had to relocate to enable it meet with some critical stakeholders for further strategies on how to reclaim the state from Peoples Democratic Party (PDP).

It was learnt that the committee was scheduled to meet with the former National Chairman, Comrade Adams Oshiomole for his inputs to enable the committee factor it into a report to be submitted to the Progressive Governors’ Forum (PGF) at a crucial meeting on Thursday night in an undisclosed venue in Asokoro, Abuja.

“Our meeting at the National Secretariat was brief because we needed to contact some crtical stakeholders in the Edo State Governorship election project for their imputs, which we intend to factor into our final report that will be submitted to the National Campaign Council,” our source disclosed.

Another source in the PGF Secretariat confimed that there is a crucial meeting of APC Governors on Thursday at an undisclosed venue to discuss the elections in Edo and Ondo States.

“Edo election is crucial to the party, that is why all APC governors are meeting tonight (Thursday) to strategise on how to record victory in the forthcoming elections in Edo and Ondo State,” our source hinted.