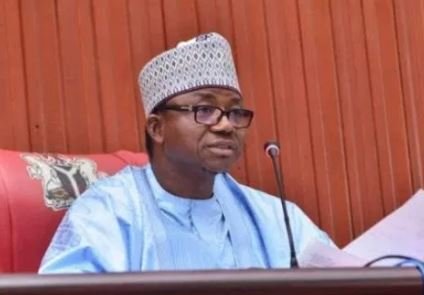 Speaker of the Edo State House of Assembly, Rt. Hon. Frank Okiye, has urged residents in the state to take the opportunity provided by the state government for screening and testing to check the spread of coronavirus (COVID-19).

Okiye is among the seven patients who have fully recovered after testing negative twice for the virus. He was treated with support from the state government. Some of the survivors were treated at the state’s isolation centres.

The speaker officially resumed for work on Tuesday, April 21, 2020, after necessary clearance.

“It is common knowledge that the virus has no cure or vaccine. It is not a death sentence. People should take the directives of the government and health experts on social distancing and other instructions seriously.”

“What saved the day for me was early treatment. The test was carried out after I became symptomatic. It is better to know your status early enough,” the speaker said.

Okiye added, “People should be cautious. We should comply with the directives of the state government to check the spread of the virus. I went into self-isolation after returning from the United Kingdom. Suspecting that I was exposed, I needed to save my family, so I contacted the Commissioner for Health who came with a team of medical professionals to inspect the place set up for my self-isolation.

“It was after I tested positive for coronavirus that I became a bit destabilized.  After a while and with continuous interaction with people, I started overcoming the virus with local herbs and medication. I was placed on drugs to deal with the symptoms. Few days later, I started feeling better. Mine was with mild symptoms. I was not hit hard by the virus.