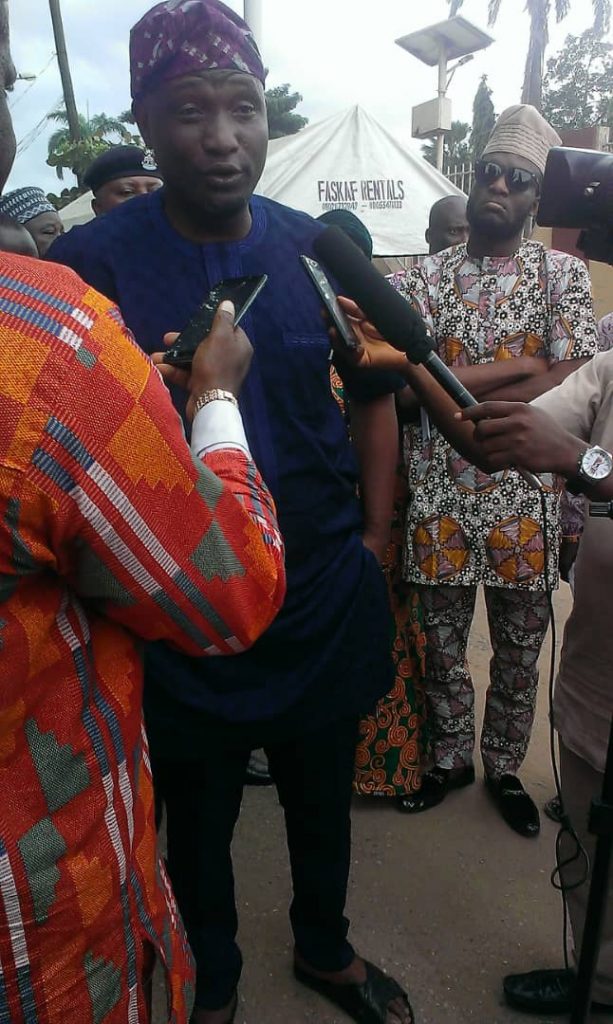 The Executive Chairman of Agege Local Government Alhaji Ganiyu Kola Egunjobi received Team Agege LG in his office on Thursday 12 December, 2019.  Recall that Team Agege LG won Silver Medals in the just concluded Special Olympics Nigeria 2019 Finals held at Campus Stadium, Lagos Island. The competition was co-sponsored by the French Embassy.  Alhaji Egunjobi, while appreciating the team for making Agege LG proud, encouraged them to put in more efforts in the their carrier and remain good ambassadors of the local government.  In fulfilling his promise to always support the team, the council boss offered the team free vocational studies to boost their respective carrier and also offered the team a cash gift in the sum of One hundred thousand naira (N100,000).  The team in appreciation expressed their joy and gratitude to the erudite council boss for his full support to the team all through the competition. They also thanked him for his commitment to ensure they have meaningful carrier and promised to always make Agege LG proud at all times.   The Coach Educator, Mr. Moses Adepoju eulogized good gesture of Alhaji Egunjobi since the inception of the Football Academy 2015, and his interest then is fully realized now that he became the Executive Chairman by providing enabling environment where the team can utilize their skills.   Adepoju enumerated successful impact of the empowerment in Agege community and those that have left the country to overseas to continue their football carrier.  The Team Chairman, Alhaji Omodele Morufu thanked the council Chairman for his support from inception of the team powered by Premier Skills Academy, Agege. Alhaji Morufu assured the council boss that Team Agege LG will continue to prosper and will also continue to positively project Agege in sports arena.  The Chief of Staff to the council boss, Mr. Ade mola Oriade, who was on the playing ground with the team representing the Executive Chairman, in his remark attested to quality performance of the team and urged the council not to relent its effort on the team as they as found promising team that can represent Lagos and the country at large in future. Mr. Oriade advised the team players to always be of good conduct and be focused with determination to succeed wherever the find themselves.