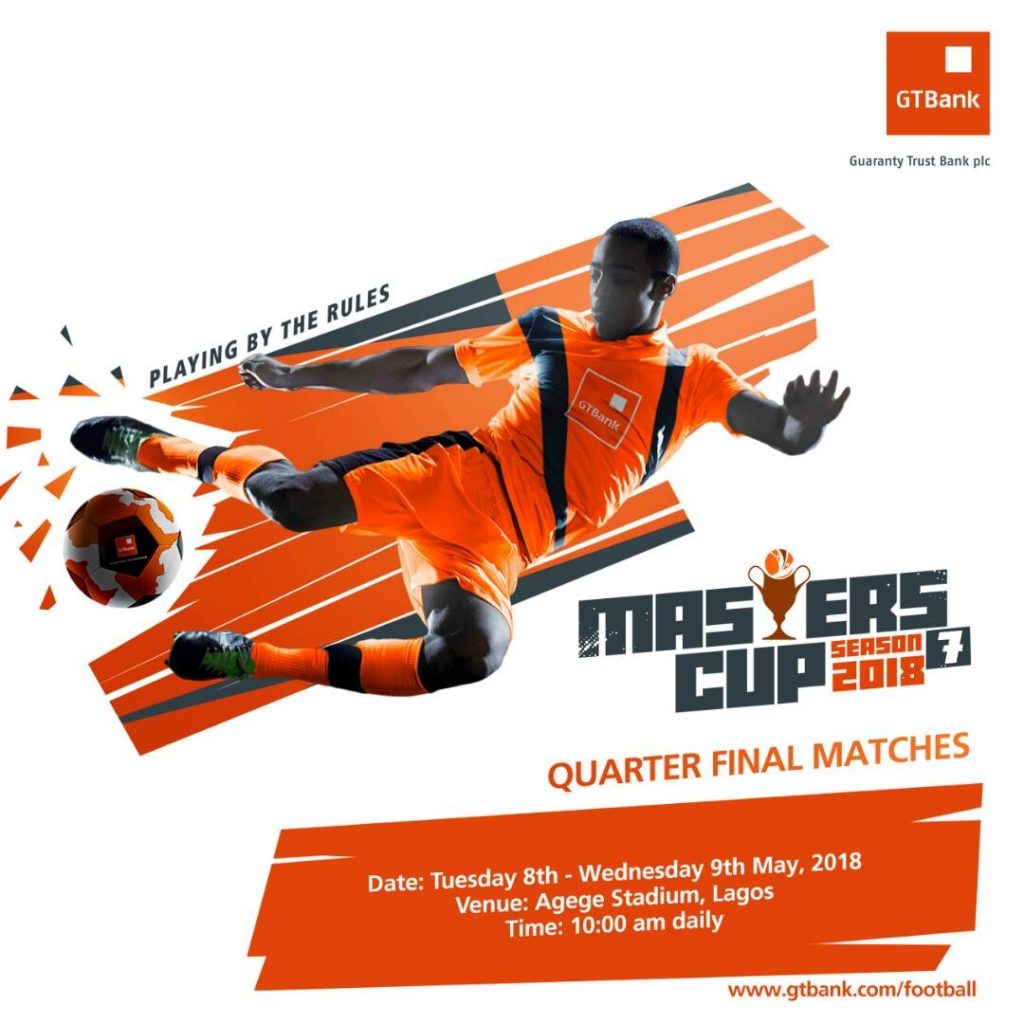 GTBank Masters Cup Returns for Season One of the most exciting secondary school football tournaments in Africa, the GTBank Masters Cup, is set to return for its 8th season, following its opening draws, which was held on Thursday, January 17, 2019, in Victoria Island, Lagos. The tournament will feature over 30 schools and more than 40 teams who will compete for trophies in the male and female categories.
Established in 2012, the GTBank Masters Cup is organized by foremost African financial institution, Guaranty Trust Bank, as a way of extending the benefits of the Bank’s football programs to students outside the public school system. Since its inception, the tournament has grown into one of the major platforms for discovering and developing exceptional football talents and many of its alumni are now on trials and scholarships with football clubs and academies in Nigeria and abroad. The 7th season of the tournament, held in 2018, saw Igbobi College, Yaba and Queens College, Yaba, emerge champions in the male and female categories, respectively. This year, the route to the title in both categories promises to be even tougher with the tournament welcoming eight (8) new schools.
Commenting on the tournament, the Chief Executive Officer and Managing Director of Guaranty Trust Bank plc, Segun Agbaje, said; “We are delighted to organize this tournament for the eighth edition, not only because of the platform it provides for the emergence of amazing football talents, but also because we see firsthand its impact in helping young people build a healthier lifestyle at this critical stage in their lives.”
He further stated that “At GTBank, we will continue to create and invest in initiatives that bring the values of sports to school compounds to ensure that young people that are passionate about sports have the opportunity to hone their talents and build character whilst still very focused on their academics.”
Guaranty Trust Bank plc maintains a defined Corporate Social Responsibility (CSR) focused on championing causes and fostering initiatives that transform lives and uplift communities. The Bank is a leading advocate of Sports Education as a major way of promoting the values of excellence and fair play whilst laying a solid foundation for the emergence of sporting talents. Alongside the GTBank Masters Cup, the Bank organizes and sponsors several other football programs, such as the GTBank Principals Cup tournaments in Lagos and Ogun States, the GTBank Super Cup and the Players Development Programme.