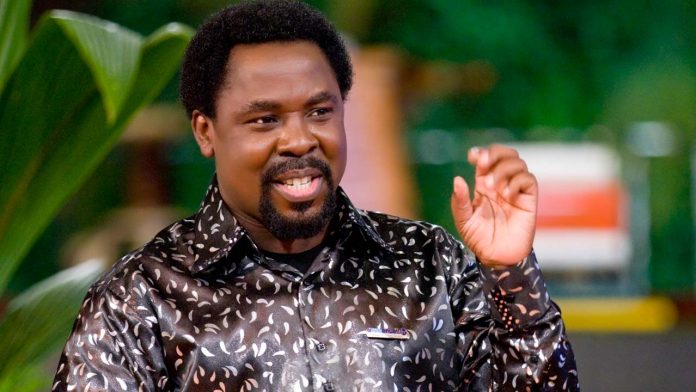 Emmanuel TV, the YouTube channel belonging to Pastor TB Joshua of The Synagogue, Church Of All Nations (SCOAN) in Lagos, has been suspended from the platform.

A statement by the church on Thursday said Emmanuel TV was suspended for allegedly propagating ‘hate speech’.

The announcement however led to public outcry from Joshua’s followers who vented their frustrations on social media about the suspension.

The channel, which had over 1,800,000 subscribers and 600,000,000 views before suspension, was among the largest in Nigeria and reportedly the most watched Christian ministry ever on the video-sharing platform.

In the announcement of the suspension on their official Facebook Page, the ministry clarified: “Emmanuel TV’s mission is to share the love of God with everyone, irrespective of race or religion and we strongly oppose all forms of hate speech!”

It added that the Christian network enjoyed “a long and fruitful relationship with YouTube” and believed “this decision was made in haste”.

Suzanne Mare, one of the followers of Emmanuel TV, expressed anger and frustration over the development.

“I have followed SCOAN and Emmanuel TV for 18 years and not once have I encountered any form of hate speech,” Suzanne Mare wrote to YouTube’s official Facebook Page. “I find your censorship extremely disturbing.

“Dear YouTube,” wrote Mr Mutepfe on Twitter. “Emmanuel TV has done nothing but spread love… Not a single day has the channel promoted hate or prejudice towards any race, gender, colour or creed.”

“I had depression and attempted suicide twice but after watching Emmanuel TV and realising how much God loves me, my life was saved,” Rita Machipanda emotionally wrote on Facebook, pleading with YouTube to restore the channel.

“I have nothing again to watch on YouTube,” lamented Mr Gumwesh, adding that the American video-sharing platform would lose a significant number of subscribers if the channel was not reinstated.

Another user, Lone Malone, announced on Twitter he had started an online petition to see the channel’s restoration.