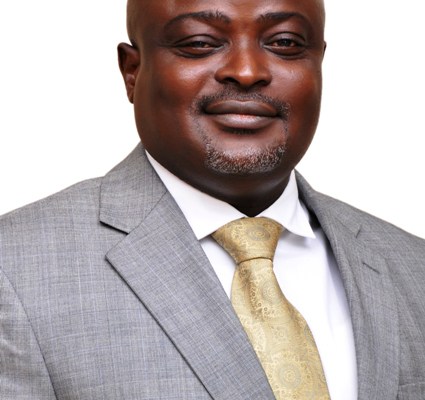 Civil society group, the Human and Environmental Development Agenda, has petitioned the Economic and Financial Crimes Commission to investigate and prosecute Speaker of the Lagos State House of Assembly, Mudashiru Obasa, over allegations of corruption and financial mismanagement.

The petition reads, “In the light of the report and allegations by the anonymous caller, we have distilled the following actions/allegations initiated under the Speaker of Lagos State House of Assembly worthy of prompt probing as follows; purchase of a bullet-proof car at a market value of less than N100m (one hundred million naira), and the inflation of its price to N300m (three hundred million naira).

“Unilateral purchase of 40 cars for members of the Assembly with neither prior discussion with members nor official approval by the House. Purchase of 11 (eleven) other vehicles without bidding, advertisement and, rules and regulations guiding procurement or legislative approval.

“Use of fictitious companies as fronts for concerning public contracts and fleecing of public funds. De-kingrun (Obasa) Multipurpose Nigeria Limited with CAC No:RC 748741. is one of the companies where his three children (Obasa Abduganiyu, Obasa Hamzat Obasa Rahaman) are directors. These children were registered as shareholders while under age. The Chairman of the company is his father, Obasa Suleiman, and one of his wives, Obasa Busayo Janet, is the fifth director.

“This company is said to be used by the Speaker as a conduit to get contracts from the state government which is contrary to the Code of Conduct for public officers. Beyond the company directly used by the Speaker for securing and implementing contracts from the parliament and ministry, De-kingrun Multipurpose Nigeria Ltd, he is a beneficial owner of several other companies used for similar purpose and they are linked to his BVN numbers.

“Probe the following person and their respective account for being the alleged  conduct of money diversion and active connivance in breaching public trust by diverting contracts and project into companies of his interest.

The group said it was shameful and embarrassing that the EFCC refused to prosecute Obasa despite a letter it wrote to the House demanding for him to be investigated for fraud in 2018.

The petition added, “However, this investigation is alleged to have been swept under the carpet, emboldened the embattled speaker to continue with his corrupt acts and extortions.

“The Speaker is alleged to have over 62 banks accounts either linked to his BVN or operated through other surrogates. This is information readily available to the commission. Account numbers of surrogate individuals and companies are also attached to assist with your investigations.

“Rule 1 of the code states that a public officer shall not put himself in a position where his interest conflicts with his duties and responsibilities.

“Also, section 6 states that a public officer shall not ask for or accept property or benefits of any kind for himself or any other person on account of anything done or omitted to be done by him in the discharge of his duties. And Section 6 (2) further expatiates Section 6(1) that enterprises or persons who have contracts with the government shall be presumed to have been received in contravention of the sub-paragraph unless the contrary is proved. Section 9 of the code also covers that a public officer shall not do or direct to be done, in abuse of his office, any arbitrary act prejudicial to the rights of any other person knowing that such an act is unlawful or contrary to any government policy. The above highlights allegations of various contravention of the code of conduct.”