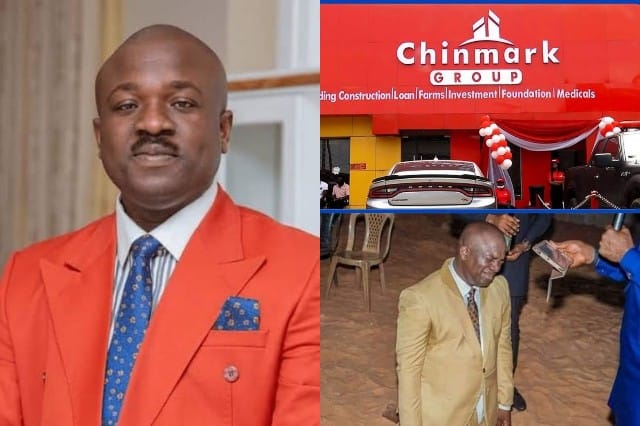 …I have been duped of my 20million, blocked from all channels— Udosen

….Investors threaten to assassinate me over unpaid funds – influencer

Over 4000 indignant investors have called out the Chief Executive Officer, CEO, of Chinmark Group, Marksman Ijiomah, over unpaid funds invested in the company in spite of the many deadlines given for refund.

Involved in the situation include two social media influencer and brand ambassador for the “investment company”, Amanda Chisom; and another social media promoter of Chinmark, Harrison Gwamnishu.

For days, the aggrieved investors have launched trials on social media, dragging Chinmark, Ijiomah, Chisom, Gwamnishu and all other brand ambassadors who promoted the company on Facebook, Instagram, Twitter and other social media platforms since they began operations.

Newsthumb learnt that the investors made payments running into billions under a contractual agreement that the company would on a monthly basis pay a flavour-packed ROI to them.

In a press statement released on the 25th day of December, 2021 on its official website, SEC described Chinmark as an “illegal operator”, freezing its accounts.

The statement reads in part: “The Commission hereby notifies the investing public that neither FinAfrica Investment Limited nor Chimark Group is registered by the SEC and the Investment Scheme promoted by these entities are also not authorized by the SEC.

In a statement on his verified Facebook page, Chinmark CEO (Ijiomah) confirmed that his group received funds from “4,966 partners”, noting that “500 partners” have been paid so far but he had yet to publish the names of those that had received payment.

While he did not reveal the total amount received from all the investors, a receipt of a refund to an investor he posted on Facebook read N1.3m.

He, however, pleaded with the remaining 4,466 investors to remain calm, saying that the operational bank accounts of his company were frozen by the Securities and Exchange Commission.

He also noted that Chinmark has received “lots of petitions from government agencies by aggrieved partners”.

Ijiomah wrote, “From the proceeds of our business (Hospitality, Transportation, Food and Logistics) despite our operational bank accounts being frozen by Securities & Exchange Commission (SEC) on December 21, 2021 till date, we resumed payment to our partners on March 16, 2022; so far, out of 4966 partners, we have been able to pay 500 partners following an arithmetic order from our backlogs.

“In a bid to show transparency in our dealings as always, full names of paid partners ought to have been published today but several calls/messages/emails from our distinguished partners have further restricted us from doing this.

“Let me reassure you that your money is safe with us and we remain committed to repaying all partners soonest, update on partnership repayment will be provided always and your managers will call to follow up; until then, I would humbly request you to kindly bear with us.”

Amid the endless social media brawls one of the promoters of Chinmark on Facebook (Chisom) has said that aggrieved investors of the group have continued to issue threats over her life on the basis of unpaid funds.

In an official statement on her verified Facebook page, Chisom with over 165,000 followers wrote, “First of all, let me acknowledge my part in being one of those who brought Mr. Marksman Chinedu Ijiomah and his company to limelight, even before the company became registered as Chinmark Group Limited. For someone I have known from the days of his humble beginnings, I felt like I know him to an extent…

“I did my best both professionally and as an individual, to ensure that what is happening now would never have happened, by providing the right advice to the company at all times when I had the opportunity.

“In the build-up to this time, on the 13th of January 2022, I was instructed by the company via an email, to refrain from saying anything about the company on my page and that closes all channels of communication. All effort to find out what was happening was completely blocked.

“I received several warnings and threats from some individuals and investors who felt that my Facebook post on ‘due diligenc’ affected the fortunes of the company. The threats are so far-reaching, that some of these persons have clearly threatened to assassinate me, should anything happen to the company.

“I have informed the relevant authorities of the extent of my involvement with the company and pledged my co-operation in any investigation that may arise.”

Also, another promoter of Chinmark (Gwamnishu) with over 158,000 followers on Facebook said he has gathered about 1,000 investors, even as he assured them that their funds would be recovered.

In a statement on his verified Facebook page on Monday, he wrote, “From my own end as a friend to Chinmark Group and who also posted and shared his business on my page. Below are steps I’m taking to ensure partners don’t lose out completely.

“I was able to get about 1,000 Chinmark investors through a google link I created and today they will be added to a platform.

“A committee will be appointed by the partners to interface with the company. This is a one-on-one meeting where decisions will be taken.”

Some of the investors who made their stand known in different Facebook posts, said that the current reality is unbelievable and that they would engage whatever means possible in ensuring that they get back their money.

An Akwa-Ibom born, Mercy Udosen, who took to her Facebook page to lament on how she invested a whopping 20 million, said that she has been patient for a positive reply from Chinmark but to no avail she has been left totally disappointed and bewildered.

She bemoaned: “Marksman Chinedu Ijiomah chairman of Chinmark group I’m still a very patient girl and patiently waiting for you to do the needful.. you guys can’t just reach out to us since January with the notice that payments of our dividends will commence from 19th of March which I patiently waited cause In your word when paying you will pay for both January and February all for me to get another call yest 18th a day to when you promised to pay the 2 month failed payment telling me the option I have is to take a post dated cheque to cash In 8months time!.. this 8month you said without my monthly dividends being paid, sir isn’t that a joke? So you will keep my 20million naira for a year and do ur business without paying my monthly dividends??

“Please do the needful I beg you before I start mine… why can’t anyone be trusted in this country? You came on your page and posted that you have started paying investors which is not true and you deactivated your comment section so I couldn’t even write to counter your post. Sir I know I can find you down to dubai so don’t test my patience.

“So the other day I came on my Facebook page and I posted about Chinmark, and I said I was one of the investors of Chinmark group of company.

“Yes, I invested 20 million naira with Chinmark through my fiance and dividends was meant to be paid every month that’s 1 million naira to us and the only one we got was for December, that they paid us just once on the 30th of December, expecting our January and February payments, stories came up.

“First they called us on the 28th of February, and they informed us that they were having issues with SEC and you know payments is on hold, they can’t make payments and all of that of which I have been very, very understanding because I’m also a business person, but then you kept us waiting for this payment till February. I didn’t get anything. February nothing came and this is March you promised 19th of March, we’re going to pay me but nothing has come.

“Please say I’ve been so understanding I feel very bad with this news. You know, I tried as much as I could to make sure I did not join, you know, whatever rumours I saw on social media about you guys, but treating me like this is totally unfair. I’m demanding 50% of my capital, which is 10 million naira. And then you can give me a cheque of 10 million. You can’t just put my life on hold like that for Christ sake. There’s a lot of things I could as well use the money to do and then I’ll make returns. I’ll make profits for myself.

“People cannot just be trustworthy. How can you expect for Christ’s sake 20 millionaire you’re not even thinking of paying anything even on me that we are supposed to terminate our contracts which that money. I just wanted it to stay with you guys before I can figure out what to do with it.”

Another victim, Mark John (not real name), stated that Chinmark is the reason for the demise of his father, following the investment of his gratuity funds into Chinmark. 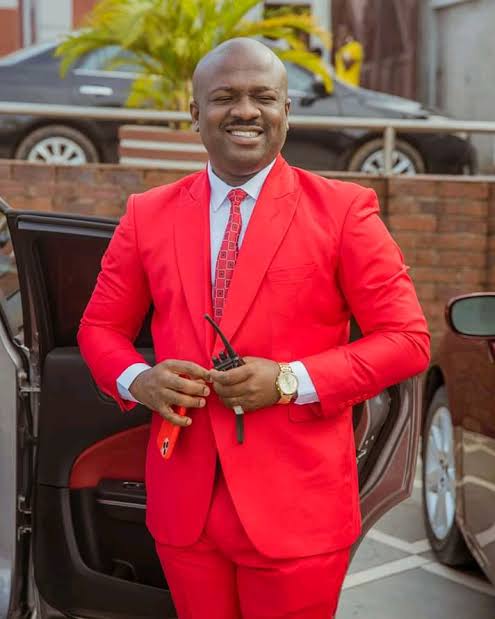 He said: “Chinmark made me lose my father cos he invested his gratuity in chinmark which she promoted… he die yesterday due to HBP cos of the breaking news that chinmark won’t pay…whoever knows Amanda should tell her to get ready for another burial in her family compound again this year cos am taking one of her family member down.”