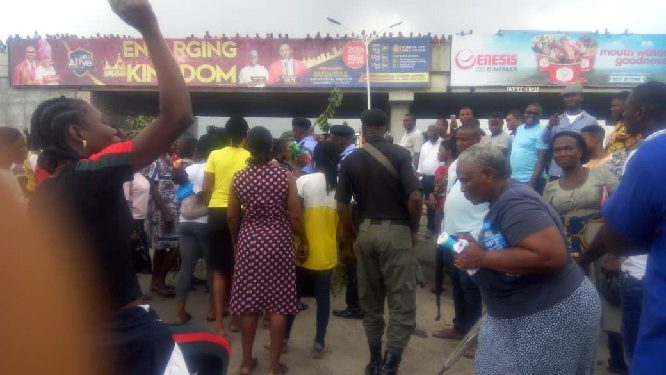 Thousands of residents of Warri metropolis on Wednesday locked down the major roads within the city to protest alleged excesses of the Benin Electricity Company (BEDC), shutting a large part of the city down in blackout.

They accused the firm of failing to give reasons for prolonged power outages in different parts of the metropolis, especially in Warri South and Uvwie council areas, consumers had been subjected to unjustifiable billings.

The protest, which started at about noon, took over streets in the Effurun area of Uvwie council area and converged finally at the ever-busy Effurun Roundabout, leading to a massive gridlock, slowing movement into Warri and blocking access for travelers aiming to link the East-West Road.

When reached for response, the spokesperson of the BEDC in Warri, Mrs. Helen Ogagarue, said she was out of town and could not respond.

As at the time of filing this report, the protesters were already dispersing from Effurun roundabout, freeing up the traffic on the busy road.