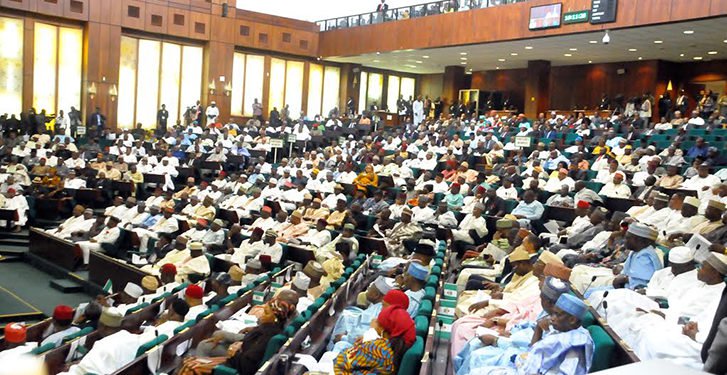 The House of Representatives has condemned in strong terms the assault of a salesgirl in a store in Abuja.

The video clip of the incident from a Closed Circuit Television (CCTV) that has gone viral on social media has led to investigation of the incidence by the Senate and Nigeria Police Force (NPF).

This followed a point of order raised by Beni Lar (PDP, Plateau), who implored the House to condemn the act of the federal legislator from Adamawa Sate for bringing the legislature into disrepute with his condemnable conduct at the adult store.

In his ruling, Speaker Gbajabiamila, while condemning the act expressed his believe that the Senate must have waded into the issue and should therefore be allowed to deal with it appropriately.

“The incidence is condemned in strong terms; I don’t think any right thinking person should condemn that act. I think we should allow the Senate to deal with it in the most appropriate way,” he said

Earlier, Gbajabiamila disclosed that the security system of the National Assembly would be reviewed considering the flaws identified with the current arrangements.

Following a point of order by from (APC, Kaduna), who complained of the laxity of security arrangement within the complex, Gbajabiamila said the Nigerian National Assembly is the most porous in the world.

“This is the most porous parliament, everybody comes in, you don’t know their agenda and it distracts. As it is, we are like a sitting duck

“Adequate steps have to be taken to address this because it is not only the chamber that should be taken as hallowed chambers, the premises as well must also be taken as hollowed.

“We have to be specific about times when visitors can come in,” he said.

Four out of five lawmakers from Kano, Taraba, Kaduna and Edo were earlier sworn in by the Clerk of the House.