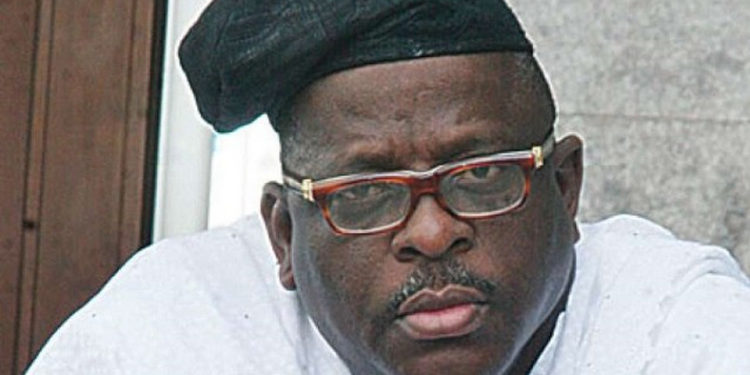 No fewer than 1,000 members of the Peoples Democratic Party (PDP) from Ogun East Senatorial District, loyal to the Buruji Kashamu faction, on Friday, defected to the ruling All Progressives Congress (APC)

The defectors, who said that they took the decision in a show of solidarity with Gov. Dapo Abiodun, were received by Mr Tunji Egbetokun, the Senior Special Adviser on Political Matters to the governor, in Abeokuta.

Egbetokun, who stood in for the governor, said that the defectors had made the right choice by joining “the progressives”.

He assured them that the party would ensure fairness, equity and justice for all its members at all times, irrespective of when they joined the party.

“Our party is open to all, even members of other parties. You have come at the right time. In our party, we do not discriminate; rather, we give due recognition to all members, irrespective of how long they have been members or their social standing,” he said.

He promised that the Abiodun-led administration would not disappoint members by formulating and executing policies and programmes that would have positive impacts on the socio-economic wellbeing of the people.

Egbetokun urged party faithful to remain resolute and not engage in activities that would bring the name of the party into disrepute.

He charged the new members to ensure that more people joined the party, stressing that the administration would not stifle the opposition, as “competition becomes sweeter when there are opponents”.

Earlier, the Consultant to the Governor on Political Matters, Mr Biyi Adeleye, said the party was large enough to accommodate people from other parties, assuring that they would be mainstreamed rather than being discriminated against.

The state Secretary of the party, Mr Ayo Olubori, while appreciating the people for coming on board, applauded their strong desire to build the state with the governor.

He urged them to bring new members into the party and work towards its progress and that of the state.

Leader of the defectors, Chief Kolawole Akinyemi, said that they decided to join the progressives as a result of landmark achievements of the governor so far.

He attested to the governor’s sincerity of purpose, promising that they would join hands with him to move the state forward.