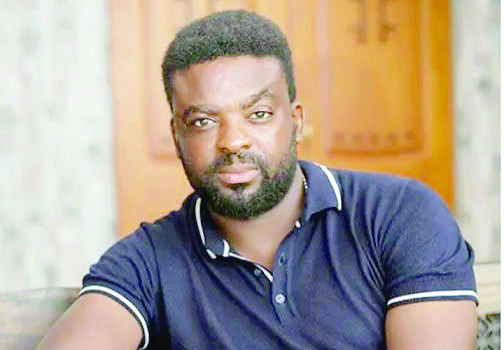 In a reaction titled ‘What is good for my kids is certainly good for me’, filmmaker Kunle Afolayan has refuted a report suggesting he does not watch Nollywood films.

According to the October 1 director, “My attention has been drawn to a report alleging that I claimed I don’t watch Nollywood films.

” I urge fans to kindly disregard this statement which, obviously, was tweaked by a mischief maker to score cheap and sensational point, and cause disaffection between me and my publics.

“While the report may tend to achieve its aim in some quarters, discerning minds would understand that it lacks credibility. Otherwise, how can i say I  don’t watch Nollywood films yet allow my kids to watch same.

“What is good for my kids is certainly good for him.

“It is obvious i was quoted out of context while answering to a question on bad film subtitles and not about Nollywood films as a genre.i

” My take is that not every fan of a Nollywood movie cares about good or bad subtitling, while makers of the films that are so referred not only have their followers, they have made fortunes from their productions. And as long as everyone is happy with what they do, it is pointless making unnecessary comparison.

“I am a grassroot person and avid promoter of the Nigerian brand. This can only explain, as quoted, why I allow my children to watch Nollywood films which have helped their educational development and cultural understanding

“While my statement is not a sweeping one about Nollywood, the inference was about films that challenge my creative endeavour. This is not out of place for anyone who aspires for greatness in any field of their endeavour.

” I therefore urge my fans to disregard this, and any sensational publications that may tend to bring disaffection among practitioners who thrive to take Nollywood to greater height.

“Again, i say that my children watch Nollywood movies and they don’t speak bad English. How else can one say well of a genre of films?