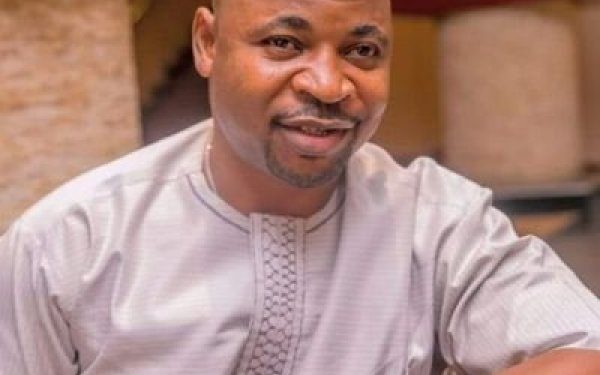 Some members of the National Union of Road Transport Workers (NURTW) in Lagos State on Wednesday stormed the Lagos Assembly to protest against the emergence of Musiliu Akinsanya aka MC Olu Omo as the Chairman of the Caretaker Committee of the union in the state.

The protesters carried placards with inscriptions like: ‘We say yes to union constitution; “we want govt to save our souls in Lagos”; “we say no to Lagos NURTW”; “we say no to imposition” and “We say no to self -imposition as NURTW Lagos state chairman” among other.

It was gathered that Baruwa issued a statement on Tuesday dissolving the executive committee of the state chapter hitherto headed by Comrade Tajudeen Agbede who has been elevated as Baruwa’s deputy.

He replaced the committee with an 18- member caretaker committee led by MC Olu-Omo.

MC Olu-Omo, who is the chairman of Oshodi Branch, Lagos chapter of the union, is one of those contesting for the Lagos State NURTW chairmanship.

Speaking at the protest ground, one of the leaders, Chairman of Ojuwoye NURTW Branch A, Ademola Olanrewaju, noted that his emergence will bring chaos to the state.

“A meeting was held yesterday and after the conclusion of the meeting, it was reached that MC Olu-Omo emerged the Chairman of the Caretaker Committee

“Directly or indirectly, they are trying to impose him on us because there was fracas in Abuja and both parties were supposed to be dealt with but only MC’s group was exonerated.

“What we are agitating for is that we don’t want MC’s government in Lagos state. We don’t want to die young.

“Lagos state has been able to give us the little they can in terms of empowerment by giving us what to eat and we don’t want MC to kill us,” he stated.

Olarenwaju noted that the protesters have no candidate but anyone who could take on the development pace that the former chairman started is okay with them.

As at the time of filling this report no government official had addressed the protesters.